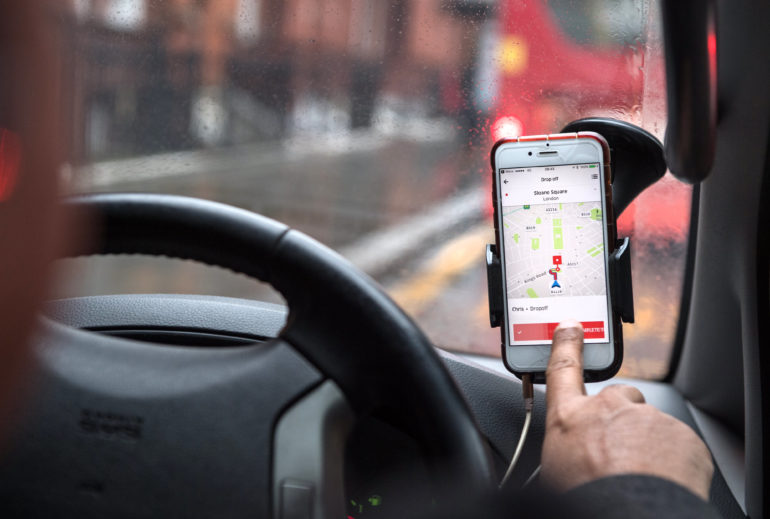 LONDON — Uber lost a crucial legal fight in the U.K. on Friday as the country’s Supreme Court upheld a ruling that its drivers are workers, not independent contractors.

Judges voted unanimously to dismiss Uber’s appeal against the ruling. The decision could have huge implications for Uber’s U.K. business, as well as the wider gig economy.

Shares of Uber sank over 1% in premarket trading.

Friday’s verdict concludes an almost five-year legal battle between Uber and a group of former drivers who claim they were workers entitled to employment rights like a minimum wage, holiday pay and rest breaks.

In 2016, an employment tribunal ruled in favor of the drivers, led by Yaseen Aslam and James Farrar, who claimed they were workers employed by Uber and therefore entitled to certain labor protections.

Uber insists its drivers are self-employed and that it acts as more of an “agency” which connects them with passengers through an app. Uber wants to keep the legal classification of its drivers as independent contractors unchanged, arguing drivers prefer this “gig” model as it’s more flexible — it also benefits Uber from a cost perspective.

“This ruling will fundamentally re-order the gig economy and bring an end to rife exploitation of workers by means of algorithmic and contract trickery,” Farrar, general secretary of the App Drivers & Couriers Union, said in a statement.

“I am delighted that workers at last have some remedy because of this ruling, but the government must urgently strengthen the law so that gig workers may also have access to sick pay and protection from unfair dismissal.”

Uber said the decision only applied to the 25 drivers who brought a case against the firm in 2016, but added it will consult with all drivers in the U.K. to “understand the changes they want to see.”

“We respect the Court’s decision which focused on a small number of drivers who used the Uber app in 2016,” Jamie Heywood, Uber’s regional general manager for Northern and Eastern Europe, said in a statement Friday.

“Since then we have made some significant changes to our business, guided by drivers every step of the way. These include giving even more control over how they earn and providing new protections like free insurance in case of sickness or injury.”

The Supreme Court ruling could jeopardize Uber’s business model in the U.K., resulting in higher costs for the firm. Though it only concerns drivers involved in the 2016 case, it sets an important precedent that could affect other Uber drivers and gig workers.

Uber will now have to go back to the employment tribunal to determine compensation for the concerned drivers. There are around 1,000 similar claims against the company that have been waiting in the wings throughout the litigation.

The decision also has major implications for Britain’s gig economy, which is thought to have a workforce of 5.5 million people. Other companies operating a similar model to Uber’s include Bolt and Ola.

“This verdict will undoubtedly have far and wide-reaching implications for all gig economy operators and will make it harder for companies engaging people via digital platforms to assert that they are self-employed, despite contractual documentation which may state otherwise,” said Helen Crossland, partner at U.K. law firm Seddons.

The U.K. case echoes Uber’s legal fight with Californian regulators, who last year attempted to reclassify drivers of Uber and other ride-hailing services like Lyft as employees to grant them more employment protections.

But voters supported a ballot measure called Proposition 22, which exempted Uber and other gig economy platforms from reclassifying drivers as employees.

Uber is calling for a “third way” for classifying gig workers which offers them some protections but still ensures flexible working. The firm shared proposals for such a model with the EU on Monday, ahead of a review from the bloc into gig economy platforms.