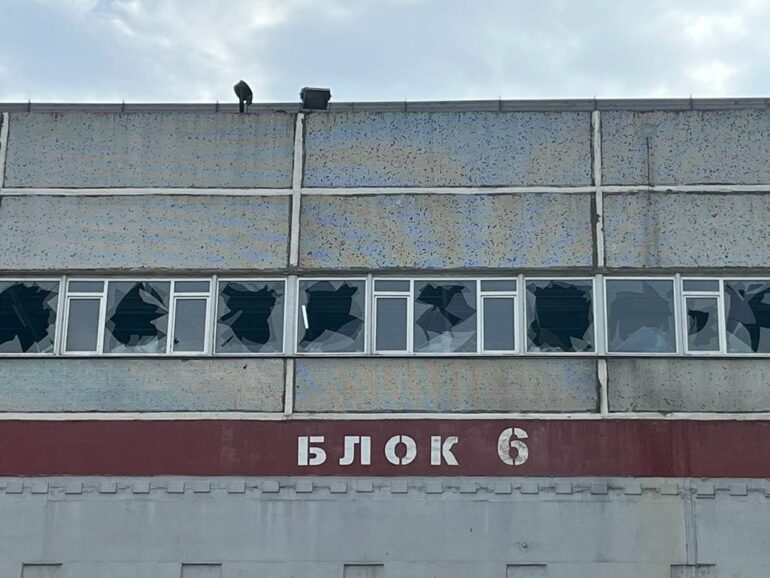 The United Nations’ nuclear watchdog has called on Russia and Ukraine to set up a “safety and security protection zone” around the embattled Zaporizhzhia Nuclear Power Station in the Ukrainian city of Enerhodar. The plea, made on Sept. 6, 2022, by the International Atomic Energy Agency (IAEA), comes amid mounting concern that the facility – Europe’s largest nuclear power plant – is vulnerable to nearby fighting, and that damage to the site could cause a catastrophic accident.

Shelling has already damaged power and communication lines to the plant, prompting fears for the plant’s safety and evoking painful memories in a country still scarred by the world’s worst nuclear accident, at Chernobyl in 1986.

The facility at Zaporizhzhia is the largest nuclear plant in Europe and one of the largest in the world. It has six pressurized water reactors, which use water to both sustain the fission reaction and cool the reactor. These differ from the RBMK reactors at Chernobyl, which used graphite instead of water to sustain the fission reaction. RBMK reactors are not seen as very safe, and there are only eight remaining in use in the world, all in Russia.

The reactors at Zaporizhzhia are of moderately good design, and the plant has a decent safety record, with a good operating background.

Ukrainian authorities tried to keep the war away from the site by asking Russia to observe a 30-kilometer (nearly 19-mile) safety buffer. But Russian troops surrounded the facility and seized it in March.

In Apps and WebSmartphones
on 4 December 20202 min read

The worst thing that could happen is if a site is deliberately or accidentally shelled. If a shell hit the plant’s spent fuel pool – which contains the still-radioactive spent fuel – or if fire spread to the spent fuel pool, it could release radiation. This spent fuel pool isn’t in the containment building, and as such is more vulnerable.

Containment buildings, which house nuclear reactors, are also not protected against deliberate shelling. They are built to withstand a minor internal explosion of, say, a pressurized water pipe. But they are not designed to withstand…