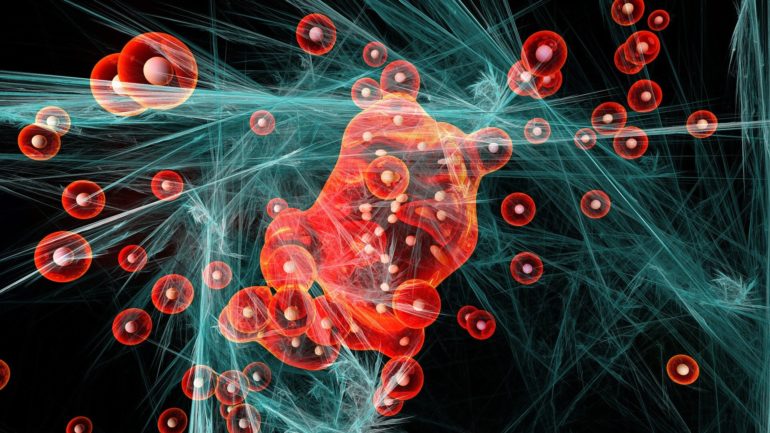 By combining mass spectroscopy with further analytical and simulation techniques, researchers have revealed key differences in the fragmentation of dipeptide biomolecules with different chiral structures.

‘Chirality’ describes the difference in structure between two molecules that are, or are close to being mirror images of each other. Although their chemical formulae are identical, these molecules have slightly different properties, making it useful for chemists to distinguish between them. The technique of ‘mass spectroscopy’ can provide detailed information about their complex molecular structures, but it is also blind to any differences between their chiral structures. In new research published in EPJ D, a team led by Anne Zehnacker at Paris-Saclay University combine mass spectroscopy with a range of other simulation and analytical techniques, allowing them to distinguish between two chiral forms of a dipeptide biomolecule.

The combined ability of chemists to distinguish between chiral molecules, and analyze their structures in detail, could enable far more sophisticated analysis and manipulation of complex substances. Mass spectroscopy involves breaking apart the ionized forms of molecules, then separating the resulting fragments by their mass-to-charge ratios. Molecules can be fragmented in a number of different ways—including bombardment with multiple infrared photons, or collisions with neutral molecules, like helium or nitrogen. Alternative ways to study molecules include laser spectroscopy—which measures how molecules interact with light at different wavelengths. In addition, simulations and theoretical calculations can account for the dynamics and quantum properties of molecules.

In their study, Zehnacker’s team used a combination of these techniques to study the chiral structures of a particular dipeptide biomolecule. After trapping the ionized molecules using electric fields, the researchers performed mass spectroscopy, and then analyzed the fragments using laser spectroscopy. They discovered that the resulting light spectra were far more strongly affected by the chirality of the molecules when they were broken apart by collisions, as opposed to photons. As revealed by combination of quantum calculations and chemical dynamics simulations, this effect arose since each chiral form of the dipeptide transforms into a different isomer molecule, presenting different barriers to the ability of protons to move between molecules.