Under the sea, humans have changed ocean sounds 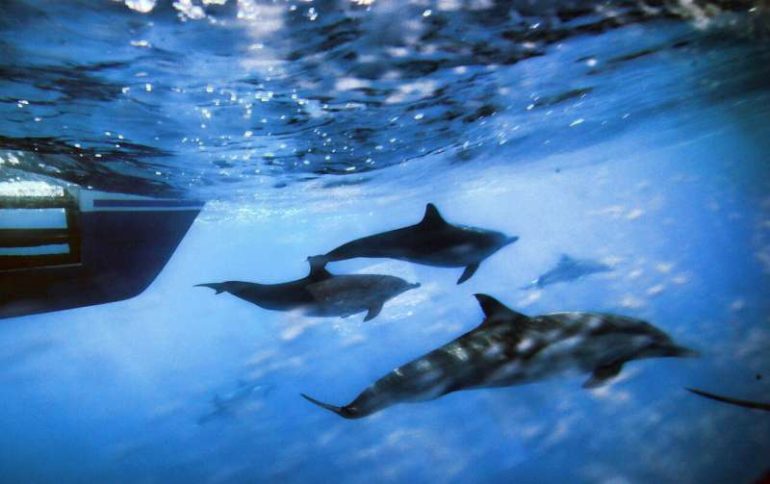 Not only are humans changing the surface and temperature of the planet, but also its sounds – and those shifts are detectable even in the open ocean, according to research published Thursday.

“Sounds travel very far underwater. For fish, sound is probably a better way to sense their environment than light,” said Francis Juanes, an ecologist at the University of Victoria in Canada and a co-author of the paper in the journal Science.

While light tends to scatter in water, he said, sounds travel much faster through water than through air.

Many fish and marine animals use sound to communicate with each other, to locate promising locations to breed or feed, and possibly to detect predators. For example, snapping shrimp make a sound resembling popping corn that stuns their prey. Humpback whale songs can resemble a violinist’s melodies.

But increased noise from shipping traffic, motorized fishing vessels, underwater oil and gas exploration, offshore construction and other human activity is making it harder for fish to hear each other.

The researchers sifted through thousands of data sets and research articles documenting changes in noise volume and frequency to assemble a comprehensive picture of how the ocean soundscape is changing – and how marine life is impacted.

“For many marine species, their attempts to communicate are being masked by sounds that humans have introduced,” said Carlos Duarte, a marine ecologist at the Red Sea Research Center in Saudi Arabia and co-author of the paper.

The Red Sea is one of the world’s key shipping corridors, full of large vessels traveling to Asia, Europe and Africa. Some fish and invertebrates now avoid the noisiest areas, as the sound effectively fragments their Red Sea habitat, he said.

Meanwhile the overall number of marine animals has declined by about half since 1970. In some parts of the ocean, scientists now record “fewer animals singing and calling than in the past – those voices are gone,” said Duarte.

“Imagine having to raise your kids in a place that’s noisy all the time. It’s no wonder many marine animals are showing elevated and detectable levels of stress due to noise,” said Joe Roman, a University of Vermont marine ecologist, who was not involved in the paper.

“When people think of threats facing the ocean, we often think of climate change, plastics and overfishing. But noise pollution is another essential thing we need to be monitoring,” said Neil Hammerschlag, a University of Miami marine ecologist, who was not involved with the paper.

“If you make something for the ocean, think about how to make it quieter,” he said.

Sound pollution may be simpler to address than other ocean threats, said the University of Victoria’s Juanes. “In theory, you can reduce or turn off sound immediately—it’s not like plastics or climate change, which are much harder to undo.”

Warming oceans are getting louder