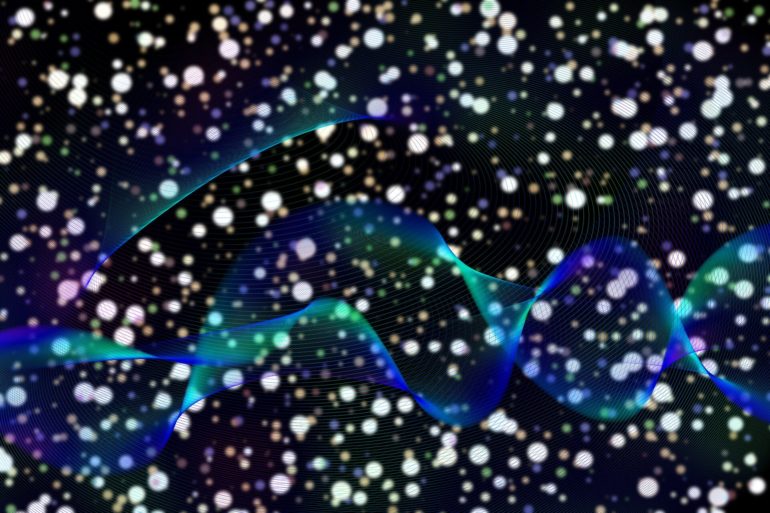 A team of researchers at Technion—Israel Institute of Technology has developed a new technique for conducting real-time evanescent wave imaging using standard optical technology. In their paper published in the journal Nature Photonics, the group describes their new technology and ways they believe it can be used in photonic device characterization and other applications.

Evanescent waves are oscillating electric or magnetic fields that do not propagate—their energy remains in the vicinity of the source that created them due to a quickly decaying amplitude. They play an important role in acoustic and optical applications. Guided waves, on the other hand, have certain frequencies and energy that can travel very quickly along a designated path—they also leave a trace of their passing—an evanescent wave that decays so quickly that it is very difficult to see it with standard technology. Past attempts to image them have run into trouble, such as perturbation in the field under study, long acquisition times or the need for complex and expensive equipment. In this new effort, the researchers have developed a technique for measuring and imaging evanescent waves that overcomes all these problems.

The work involved studying evanescent waves of light by mixing them with a laser beam. Doing so resulted in the creation of a new frequency that could be both seen and studied. The method works, they note, because the laser changes the direction of the electric field. They found during experimentation that they could create different shapes using the laser. And further study showed that it was possible to both insert information into the evanescent waves and to take it out when desired. They also found that the shapes could be imaged using standard commercial cameras. The team calls the new technique nonlinear near-field optical microscopy and note that it does not require exotic equipment and can be done at very little cost.

The researchers suggest their technique could allow scientists to study evanescent waves in ways that were not available before, possibly providing information about them that is currently unknown. They also suggest it could allow for studying photonic circuits to learn more about new ways to use them in photonic applications.