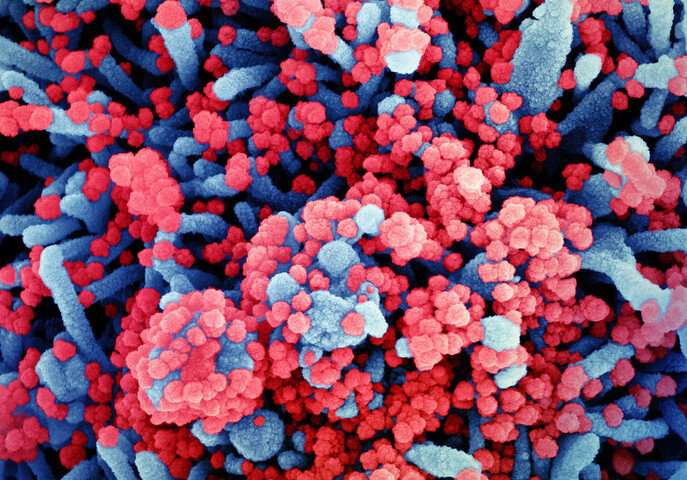 The head of Pfizer said in an interview aired Thursday that people will “likely” need a third dose of his company’s COVID-19 shot within six to 12 months of vaccination, while elsewhere defending the relatively higher cost of the jab.

“We need to see what would be the sequence, and for how often we need to do that, that remains to be seen,” Bourla told CNBC in an interview recorded on April 1.

“A likely scenario is that there will be likely a need for a third dose, somewhere between six and 12 months and then from there, there will be an annual revaccination, but all of that needs to be confirmed,” he said, adding that variants will play a “key role.”

“It is extremely important to suppress the pool of people that can be susceptible to the virus,” he said.

But researchers say more data is needed to determine whether protection lasts after six months.

David Kessler, the head of US President Joe Biden’s COVID-19 response team, warned a congressional committee on Thursday that Americans should expect to receive booster shots to defend against coronavirus variants.

“We don’t know everything at this moment,” he told the House Coronavirus Crisis Subcommittee. “We are studying the durability of the antibody response.

“It seems strong but there is some waning of that and no doubt the variants challenge” that, he said.

Bourla also on Thursday defended the price of his company’s vaccine, saying they are saving lives and will not be sold to poor countries for a profit.

“They save human lives, they allow economies to reopen, but we sell them at the price of a meal,” he was quoted as saying.

According to data released several months ago by a member of the Belgian government, the Pfizer coronavirus jab has been the most expensive one for the European Union, along with the vaccine by Moderna.

Bulgarian Prime Minister Boyko Borissov explained earlier this week that the vaccine’s price was rising as sales were being negotiated, costing as much as 19.50 euros ($23), up from 12 euros.

The prices are in sharp contrast to the vaccine produced by British-Swedish drugmaker AstraZeneca, which vowed not to make a profit on its product during the pandemic and sold it to the EU for less than two euros a unit.

Bourla did not confirm the price of the Pfizer vaccine but admitted that it was sold at a higher price to developed countries like those in the EU or the United States.

“In middle-income countries, we sell it for half the price,” he said.

“In poorer countries, including in Africa, we sell it at cost.”

The Pfizer vaccine, developed by the US-based company in partnership with German firm BioNTech, currently plays a leading role in American and European vaccination campaigns.

The pharmaceutical giant announced in February that it was testing a third dose of its vaccine to better combat the emerging variants.

And Bourla said Thursday the company was working on a new formula that would allow the vaccine to be stored for four to six months at a normal temperature, rather than the minus 70 degrees Celsius (minus 94 Fahrenheit) or below currently required.