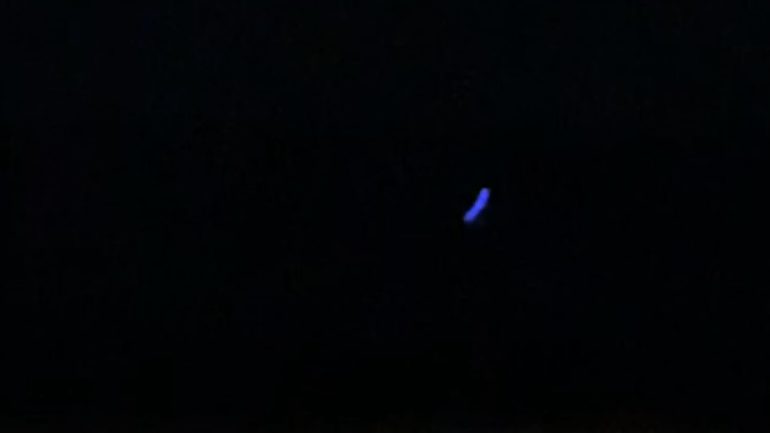 Unsuspecting Hawaiians spotted something strange last week: a large blue unidentified object falling out of the sky and into the ocean, as local news station ABC 11 reports.

Videos show a strange, longish object floating in the air near Haleakala Avenue in Nanakuli on Oahu island.

After several 911 calls, the Federal Aviation Administration confirmed that there weren’t any aircraft disappearing off the radar nor were there any reports of missing aircraft in the region, according to ABC 11.

Incredible Blue UFO spotted in Hawaii that the FAA confirmed was not a known aircraft of any kind. Amazing stuff pic.twitter.com/4wYOqEP4qk

“I look up and then I was like oh shit,” UFO spotter Moriah told local news station Hawaii News Now. “I started calling my husband and them because they were all in the garage. I was like hey. Come look up there. See if you see what I see. They all said yea!”

The entire time, the telephone pole-sized object reportedly made no noise — even when it went for a dip in the ocean and disappeared.

In Apps and WebCybersecurity
on 19 October 20212 min read