VIP patients can be a headache for their doctors 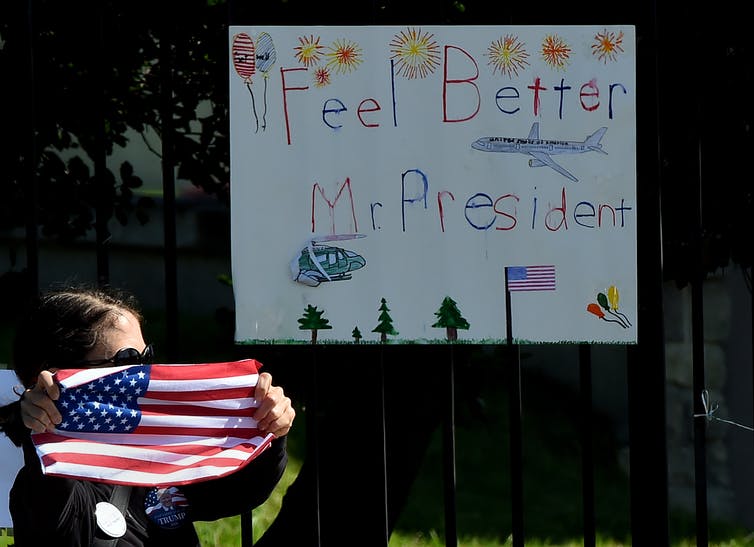 The medical drama playing out daily since President Donald Trump contracted COVID-19 is alarming – but not surprising. Any physician who’s ever rendered medical advice or hospital care to a prominent person probably empathizes with Trump’s medical team. It’s a real challenge to care for VIP patients, whether they’re hospitalized or not.

Of course, following best infection-control practices and providing evidence-based care are what physicians should do with all patients, even difficult or entitled VIPs. Easier said than done.

As an internist, I’ve personally been threatened by a mob boss who didn’t want to be discharged from the hospital, overwhelmed by hordes of Roma families suspicious of medical care for a dying king and asked to withhold information from the public that would be detrimental to a prominent person. Those are intimidating challenges to professionalism and ethics.

What is VIP syndrome?

VIP syndrome is the tendency of clinicians to treat influential or famous patients differently because they feel pressured to accede to the VIP’s wishes.

Psychiatrists have identified three types of “special” patients who can create difficulty by dazzling or intimidating the care team: celebrities, VIPs and potentates.

Celebrities focus unwanted media attention on medical care. VIPs generate awe so that the care team may lose their objectivity. Potentates exude narcissism and can unearth it in others, triggering power struggles with the health care team.

Each subcategory of VIP patient has the potential to insist on special privileges, desired treatments or changes in care plans that can sabotage the best-thought-out medical regimen. Physicians may order too many tests because of anxiety about missing something – or too few tests or consultations in order to spare the VIP pain, embarrassment or scrutiny. For example, inquiries about substance abuse, sexual activity or psychological symptoms may be omitted.

Unrealistic demands can cause unwise clinical decisions that can then result in bad outcomes. For example, if a famous individual has unresolved pneumonia but the treating physician doesn’t ask about sexual history, HIV may never be considered or treated.

A high-profile patient has the potential to monopolize a medical team’s attention that might otherwise be distributed across all patients currently under care.

And VIP syndrome isn’t a concern just inside the Beltway, in Los Angeles or in other places known for powerful, rich or famous inhabitants. A 2017 survey of hospital-based physicians from eight U.S. institutions revealed that a majority of them reported feeling pressured by patients, family members and hospital representatives to provide unnecessary care to VIP patients. The researchers pointed out that caring for VIP patients comes with “challenges for physicians as well for the patients themselves.”

Sticking to standards is the best care

When physicians have written about VIP syndrome over the years, common advice themes emerge: Treat the VIP as you would any other patient with the same condition; avoid power struggles; insist on the most evidence-based therapies; and establish a short, firm chain of command that excludes the entourage accompanying the VIP.

In a 2018 article, several L.A. surgeons urged care teams looking after VIP patients to do their best to follow standard procedures, treating the high-profile patient like any other. They cautioned against the temptation to “overdo care” with unnecessary tests and procedures.

Based on media reports, President Trump’s medical team faltered on a number of these recommendations. I argue that bowing to pressure from the First Patient is inexcusable when it puts not just him but others at real risk.

For instance, temporarily leaving the hospital to wave to supporters from a hermetically sealed vehicle wasn’t a medically sound choice. A patient who is COVID-19 positive is supposed to be isolated to protect others from infection. It looks to me as if Trump’s doctors were cowed by a powerful patient.

U.S. presidents have often been less than forthcoming about their health. While it’s one thing for a doctor to tell only part of the story publicly to protect patient privacy, whether that’s acceptable when the patient is the leader of a nation is subject to debate.

Patient autonomy doesn’t extend to causing risk to others, though. VIPs may be willful, but physicians should refuse to be complicit with reckless behavior.