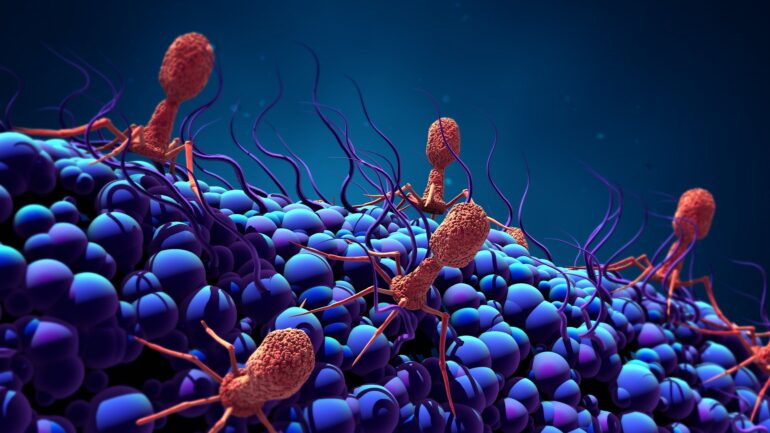 After more than two years of the COVID-19 pandemic, you might picture a virus as a nasty spiked ball – a mindless killer that gets into a cell and hijacks its machinery to create a gazillion copies of itself before bursting out. For many viruses, including the coronavirus that causes COVID-19, the “mindless killer” epithet is essentially true.

But there’s more to virus biology than meets the eye.

Take HIV, the virus that causes AIDS. HIV is a retrovirus that does not go directly on a killing spree when it enters a cell. Instead, it integrates itself into your chromosomes and chills, waiting for the right moment to command the cell to make copies of it and burst out to infect other immune cells and eventually cause AIDS.

Exactly what moment HIV is waiting for is still an area of active study. But research on other viruses has long hinted that these pathogens can be quite “thoughtful” about killing. Of course, viruses cannot think the way you and I do. But, as it turns out, evolution has endowed them with some pretty elaborate decision-making mechanisms. Some viruses, for instance, will choose to leave the cell they have been residing in if they detect DNA damage. Not even viruses, it appears, like to stay in a sinking ship.

My laboratory has been studying the molecular biology of bacteriophages, or phages for short, the viruses that infect bacteria, for over two decades. Recently, my colleagues and I have shown that phages can listen for key cellular signals to help them in their decision-making. Even worse, they can use the cell’s own “ears” to do the listening for them.

If the enemy of your enemy is your friend, phages are certainly your friends. Phages control bacterial populations in nature, and clinicians are increasingly using them to treat bacterial infections that do not respond to antibiotics.

The best studied phage, lambda, works a bit like HIV. Upon entering the bacterial cell, lambda decides whether to replicate and kill the cell outright, like most viruses do, or to integrate itself into the cell’s chromosome, as HIV does. If the latter, lambda harmlessly replicates with its host each time the bacteria divides.

But, like HIV, lambda is not just sitting idle. It uses a special protein called CI like a stethoscope to listen for signs of DNA damage within the bacterial cell. If the bacterium’s DNA gets compromised, that’s bad news for the lambda phage nested within it. Damaged DNA leads straight to evolution’s landfill because it’s useless for the phage that needs it to reproduce. So lambda turns on its replication genes, makes copies of itself and bursts out of the cell to look for more undamaged cells to infect.

Some phages, instead of gathering intel with their own proteins, tap the infected cell’s very…