We May Finally Understand the Moments Before the Big Bang 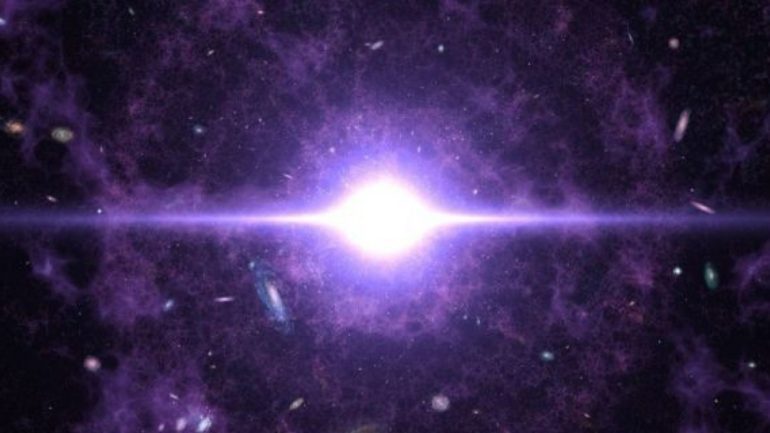 There’s a hole in the story of how our universe came to be. First, the universe inflated rapidly, like a balloon. Then, everything went boom.

But how those two periods are connected has eluded physicists. Now, a new study suggests a way to link the two epochs.

In the first period,  the universe grew from an almost infinitely small point to nearly an octillion (that’s a 1 followed by 27 zeros) times that in size in less than a trillionth of a second. This inflation period was followed by a more gradual, but violent, period of expansion we know as the Big Bang. During the Big Bang, an incredibly hot fireball of fundamental particles — such as protons, neutrons and electrons — expanded and cooled to form the atoms, stars and galaxies we see today.

The Big Bang theory, which describes cosmic inflation, remains the most widely supported explanation of how our universe began, yet scientists are still perplexed by how these wholly different periods of expansion are connected. To solve this cosmic conundrum, a team of researchers at Kenyon College, the Massachusetts Institute of Technology (MIT) and the Netherlands’ Leiden University simulated the critical transition between cosmic inflation and the Big Bang — a period they call “reheating.”

“The post-inflation reheating period sets up the conditions for the Big Bang and, in some sense, puts the ‘bang’ in the Big Bang,” David Kaiser, a professor of physics at MIT, said in a statement. “It’s this bridge period where all hell breaks loose and matter behaves in anything but a simple way.”

When the universe expanded in a flash of a second during cosmic inflation, all the existing matter was spread out, leaving the universe a…