What are tactical nuclear weapons? An international security expert explains and assesses what they mean for the war in Ukraine 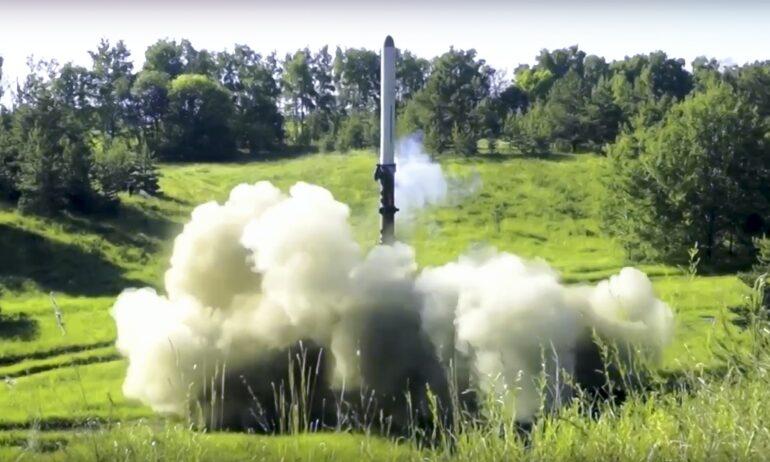 Tactical nuclear weapons have burst onto the international stage as Russian President Vladimir Putin, facing battlefield losses in eastern Ukraine, has threatened that Russia will “make use of all weapon systems available to us” if Russia’s territorial integrity is threatened. Putin has characterized the war in Ukraine as an existential battle against the West, which he said wants to weaken, divide and destroy Russia.

U.S. President Joe Biden criticized Putin’s overt nuclear threats against Europe. Meanwhile, NATO Secretary-General Jens Stoltenberg downplayed the threat, saying Putin “knows very well that a nuclear war should never be fought and cannot be won.” This is not the first time Putin has invoked nuclear weapons in an attempt to deter NATO.

Tactical by the numbers

While experts disagree about precise definitions of tactical nuclear weapons, lower explosive yields, measured in kilotons, and shorter-range delivery vehicles are commonly identified characteristics. Tactical nuclear weapons vary in yields from fractions of 1 kiloton to about 50 kilotons, compared with strategic nuclear weapons, which have yields that range from about 100 kilotons to over a megaton, though much more powerful warheads were developed during the Cold War.

For reference, the atomic bomb dropped on Hiroshima was 15 kilotons, so some tactical nuclear weapons are capable of causing widespread destruction. The largest conventional bomb, the Mother of All Bombs or MOAB, that the U.S. has dropped has a 0.011-kiloton yield.

How clean electricity can upgrade the value of captured carbon

Because low-yield nuclear weapons’ explosive force is not much greater than that of increasingly powerful conventional weapons, the U.S. military has reduced its reliance on them. Most of its remaining stockpile, about 150 B61 gravity bombs, is deployed in Europe. The U.K. and France have completely eliminated their tactical stockpiles. Pakistan, China, India, Israel and North Korea all have several types of tactical nuclear…