What’s the record for how long it’s ever rained without stopping? 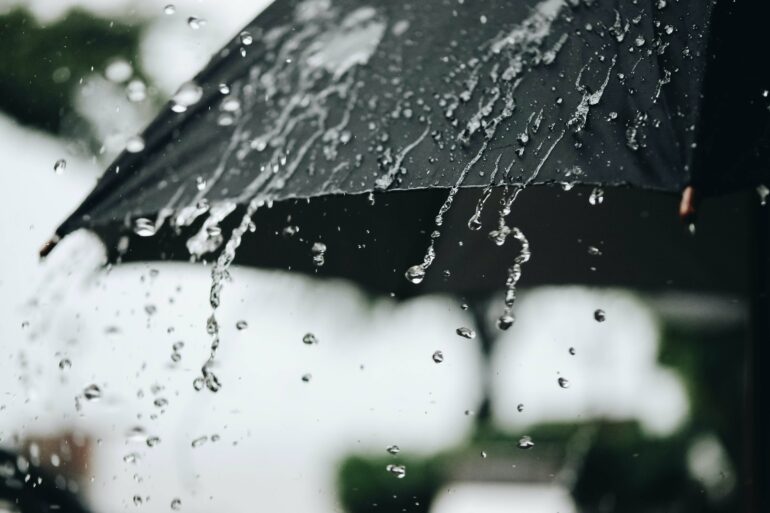 What is the longest time it has ever rained for? – Wayne

As scientists who study the weather, we love rain data – and use it to learn how storm systems work. We’ve also learned what conditions produce rain records.

What happens inside clouds

Rain forms when moist air is lifted into the sky where it cools. As moist air chills, the water vapor molecules press together to form tiny microscopic droplets. Together they look like clouds. Air motion inside clouds can sometimes cause the droplets to bang into each other and become larger droplets. In the upper parts of clouds, the temperature is cold enough to make ice crystals, which eventually get heavy enough to fall – and melt into rain on their way to the ground.

Rain can come from many different types of storms. Thunderstorms, for example, have a short life span and can produce intense downpours. Other storms, such as winter storms, can linger for several days and produce gentle rain, steady rain or, if it’s cold enough, snow.

In most places, weather alternates between dry and wet periods. That’s because each period of stormy weather is followed by a period of dry air with plentiful sunshine and few clouds.

An exception to this rule is where mountains are near oceans. In that case, as moist ocean air blows toward the land, it encounters the mountains and is forced to lift over them. Clouds can form there almost continuously, bringing rainfall that can last for weeks or longer.

Days and days of rain

Rainfall records exist only in places where people live and keep records. Many towns and cities don’t bother collecting rainfall data. And records don’t exist for the many uninhabited locations on Earth, like over the ocean or deep in rain forests. So rainfall data is incomplete.

In modern record keeping, rainfall is measured by the amount in a given time period, usually hourly or daily. A few drops of rain is called a “trace” of rain. Rainfall is “measurable” if it adds up to 0.01 inch (0.25 millimeters) or more.

In the U.S., the longest periods of daily rain have occurred in Hawaii, where easterly trade winds blow toward the mountains. An incredible 331 consecutive days of measurable rainfall were recorded at Manuawili Ranch, Maui, in 1939-40. If you include a trace of rain, the…