When was talking invented? A language scientist explains how this unique feature of human beings may have evolved 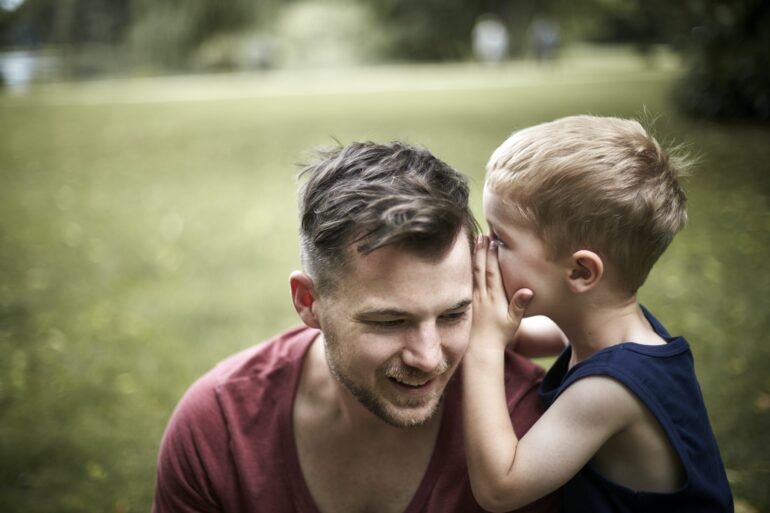 The truth is, no one knows for sure when talking was “invented.” It’s a big mystery. But as a language scientist for 15 years, I can tell you our best guess about when people started talking to each other using language, and how we think it got started.

Human language and how long it’s been around

Talking is an activity unique to Homo sapiens, our species. In every culture where most people can hear, people talk with spoken language. And in groups where lots of people are deaf – as in certain villages where a lot of people are born deaf for genetic reasons – or in Deaf communities throughout the world, people talk with their hands, using sign languages. There are lots of different sign languages, just as there are lots of different spoken languages.

Birds sing songs. Dogs bark, and cats meow. But these forms of communication are simple compared with human language. An animal might make 10 different sounds, for example, but an adult human knows more than 20,000 words. Additionally, we’re the only animal that expresses thoughts in full sentences. Because language is unique to humans and so different from anything else in the animal kingdom, researchers don’t really think language was invented; instead we think it evolved during human beings’ evolution from other apes.

So to find out when talking started, you have to look back to when humans first evolved. Scientists believe humans as we know them today likely evolved around 300,000 years ago. Some of our evolutionary ancestors like Homo erectus and cousins like the Neanderthals may have had language too, but researchers don’t know for sure.

What’s amazing is that for almost all of that time, all people did with language was talk; there wasn’t any reading or writing until roughly 5,000 years ago, which is recent compared with how long modern humans have been around. For almost all of the time that humans existed on planet Earth, no one read a book or a sign, or wrote down their name.

People started writing things down so they could keep track of accounts. For example, if Farmer Joe owed Farmer Jill three sheep, then they would draw a picture of a sheep and write down three marks. Eventually these little pictures turned into hieroglyphics and then into the letters that we use today to write down all kinds of things like grocery lists and poems and stories.

Where talking comes from

Another question you might wonder about is where talking comes from. Before people used language, how did they communicate with each other? Did they just make sounds at each other as…