Will a home antibody test for covid-19 really be a game changer? 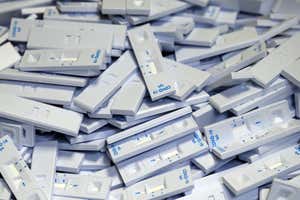 The UK has ordered 3.5 million antibody tests designed to reveal whether people have been infected with the new coronavirus. The UK’s prime minister, Boris Johnson, who today announced he himself has tested positive for the virus, has said these tests will be a “game changer”, but the reality is they might not have that much of an impact in the short term.

Almost all testing for the virus around the world is based on looking for its genetic sequence. But such tests require nose or throat swabs to be taken by trained personnel and sent to a specialised lab for analysis, and there is a global shortage of equipment. Genetic tests also detect only active infections.

Antibody tests, by contrast, detect the antibodies our bodies produce to kill the virus, which we keep producing even after the virus is eliminated. These tests can reveal who has been infected even after they have recovered. Handheld tests that require only a drop of blood can give results in 10 minutes, and can be mass produced quickly and cheaply.

If we know someone has had the virus, they can potentially leave their home without risk of being re-infected, which would help countries get moving again. However, the accuracy of the tests has yet to be established. “The one thing that’s worse than no test is an inaccurate test,” Chris Whitty, the UK’s chief medical adviser,…