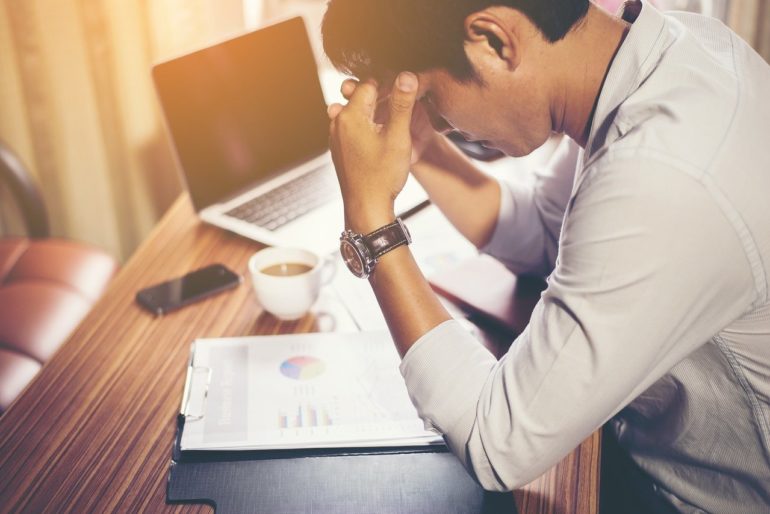 Using an experiment conducted in a simulated group office environment, ETH researchers have proved for the first time that repeated workplace interruptions cause the body to increase the release of stress hormones. And they do so to a higher degree than the perceived psychological stress.

According to the Job Stress Index 2020 compiled by Stiftung Gesundheitsförderung Schweiz, a Swiss health foundation, almost one-third of the Swiss workforce experience work-related stress. Should this stress become chronic, it can lead to states of exhaustion that have a negative impact on public health and carry a significant economic cost.

At the Mobiliar Lab for Analytics at ETH Zurich, an interdisciplinary team is working to pre-empt such states of exhaustion by developing a digital early warning system that uses machine learning to detect stress in the workplace in real time. “Our first step was to find out how to measure the effects of social pressure and interruptions—two of the most common causes of stress in the workplace,” says psychologist Jasmine Kerr. Kerr is driving the project forward together with mathematician Mara Nägelin and computer scientist Raphael Weibel.

The three doctoral students are all lead authors on a recent study, details of which appeared in the journal Psychoneuroendocrinology. They used a university platform to recruit 90 participants, who agreed to take part in an experiment lasting just under two hours. To conduct their experiment, Kerr, Nägelin and Weibel transformed the Decision Science Laboratory at ETH Zurich into three group office environments. Each workstation was equipped with a chair, a computer with monitor and kits for collecting samples of saliva.

Playing the parts of employees at a fictional insurance company, the participants were asked to perform typical office tasks, such as typing up information from hand-written forms and arranging appointments with clients. While they did so, the researchers observed their psychobiological responses. At a total of six points during the experiment, the participants rated their mood on questionnaires, while a portable ECG device continuously measured their heartbeat. The researchers used the saliva samples to measure the concentration of the stress hormone cortisol.

In line for a promotion

For their experiment, the researchers divided the participants into three groups and exposed each group to a different level of stress. All groups were given the same workload. In the middle of the experiment, all participants were visited by two actors masquerading as representatives of the insurance company’s HR department. For participants in the control group, the actors staged a sales pitch dialog, while in the two stress groups they pretended to be looking for the most suitable candidates for a promotion.

Almost twice the level of cortisol

Upon evaluation, the data indicated that asking participants to compete for a fictional promotion was enough to raise their heart rate and trigger the release of cortisol. “Participants in the second stress group released almost twice the level of cortisol as those in the first stress group,” Nägelin says.

Weibel adds: “Most research into workplace interruptions carried out to date focused only on their effect on performance and productivity. Our study shows for the first time that they also affect the level of cortisol a person releases, in other words they actually influence a person’s biological stress response.”

What surprised the researchers were participants’ subjective responses in terms of how they perceived psychological stress. They observed that participants in the second stress group, who were interrupted by chat messages, reported being less stressed and in a better mood than the participants in the first stress group, who didn’t have these interruptions. Interestingly, although the two groups rated the situation as equally challenging, the second group found it less threatening. The researchers inferred that the release of cortisol triggered by the additional interruptions mobilized more physical resources, which in turn led to a better emotional and cognitive response to stress. It is also possible that the interruptions distracted the participants from the impending social stress situation, meaning that they felt less threatened and thus less stressed.