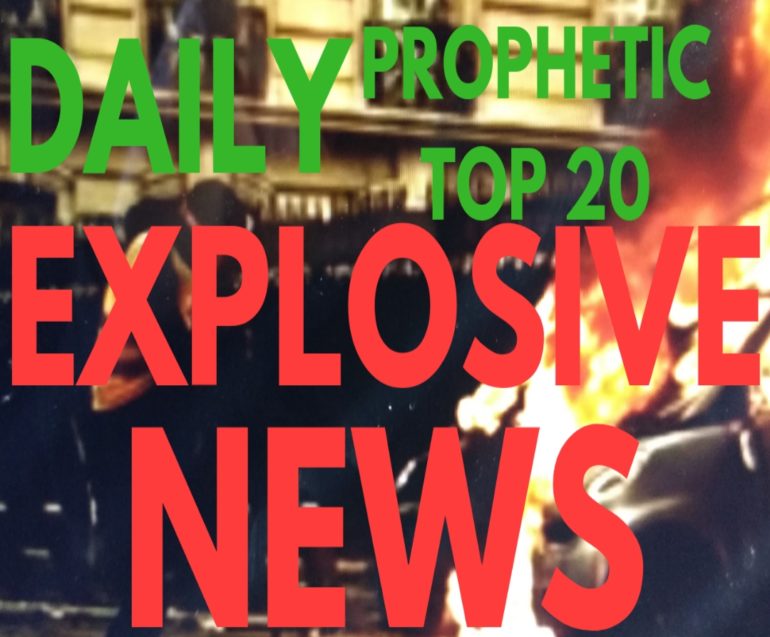 Today, everyone is aware of the “antivax” problem, and it often happens to attend debates on this subject. The misinformation that surrounds this anti-vaccination universe is an important facet, and the proposals for solutions to fight it, although various and varied, are unfortunately not enough to stop the propaganda. Recently, a doctor decided to be more original by inventing a small conspiracy theory, in order to convince a mother to vaccinate her child.

A few weeks ago, it was on the Reddit site that a user, “u / ArcaneRuby”, asked the following question: “Doctors of Reddit, what are some of your anti-vax parents stories?”. The thread quickly became very popular, some health professionals came to tell their stories, sometimes strewn with heartbreaking stories of children suffering because of this propaganda.

Among the answers was the interesting and hilarious story of a fourth-year medical student (with the pseudonym “_Haliax_”), who was finishing his pediatric internship. He says he met the typical “Antivax Mum”: “This lady was a fan of conspiracy theory. She negligently mentioned a series of elements concerning September 11th and chemtrails. Of course, she also liked the idea of ​​the vaccine conspiracy, choosing not to protect her one-year-old child so that he would not get caught by Big Pharma,” he wrote in the wire. 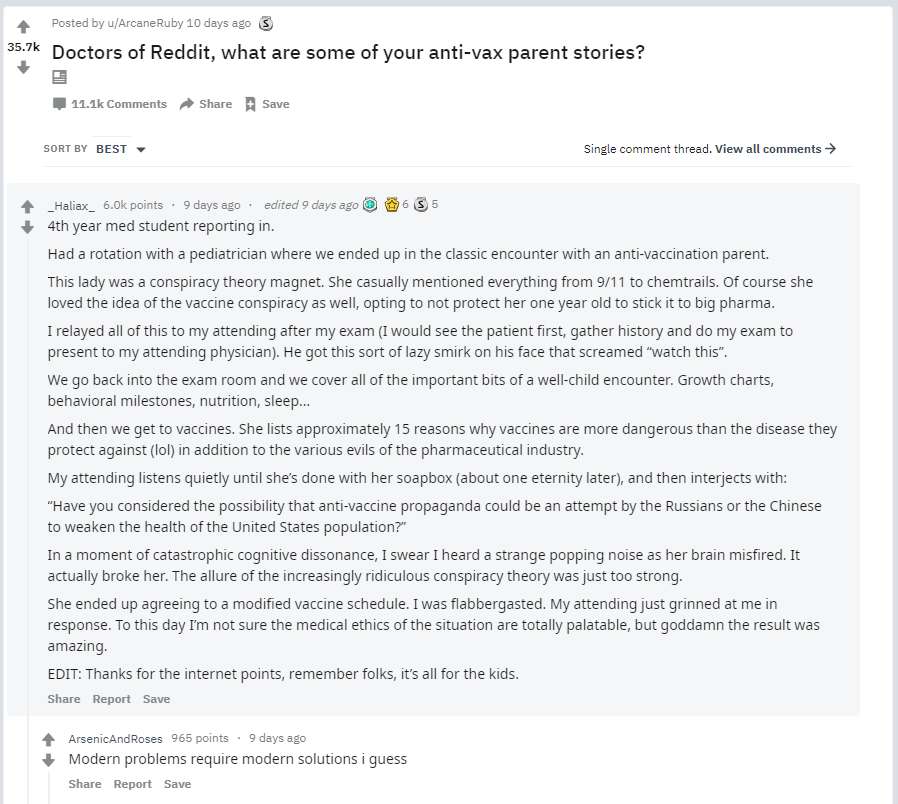 Overview of the Reddit discussion about antivax, showing the hilarious testimony of a medical student. Credits: Reddit

The student’s job was to gather information about the child’s medical history and to perform the tests to be presented to the attending physician. After discovering that the child was not vaccinated and that the mother “was very attached to the conspiracy theories”, he informed the doctor. The student stated that they went back to see the woman, with the doctor, who was then smiling with a “watch this” smile.

The exam was simple and standard, but the woman still raised the fateful subject of vaccines. She listed about 15 reasons why vaccines are more dangerous than the diseases they protect from. She also spoke of “the evil reasons” that would motivate pharmaceutical companies to do so.

The doctor listened patiently to what the woman had to say, until she finished her story (which seemed to last forever), and then intervened: “Have you considered the possibility that anti-vaccine propaganda is a attempt by Russians or Chinese to weaken the health of the population? The population of the United States? “.

Study of 1,000 People Shows The Trick That Helps You Stick to New Year’s Resolutions

And the reaction was invaluable: “In a moment of catastrophic cognitive dissonance, I swear I heard a strange thud when his brain went astray,” Haliax wrote. A very hilarious way to describe the atmosphere that was to prevail at that time.

Of course, it is normal to ask the question of ethics in a situation like this. Is it really acceptable for a doctor to do this, even if it’s for the sake of the child? Maybe he knew that he could not make sure to vaccinate this child otherwise (for example by trying to convince his mom), so he would have preferred to enter her game.

All in all, in the main, the story ends well: the mother finally agreed to vaccinate her child, on the basis of a modified calendar.