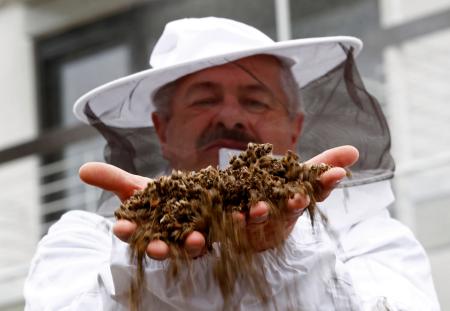 It should be no surprise, then, that in Brazil, which has seen a 27% increase in pesticide sales since last year, roughly 500 million honey bees were found dead in piles across four states in early spring. The country’s pesticide use has grown by 770% between 1990 to 2016, as reported by Bloomberg.

Insecticides like sulfoxaflor and neonicotinoids have been shown to harm bees, impairing their reproductive health and even killing them outright. Combined, these stresses contribute to an event known as a colony collapse, where many thousands of bees suddenly die. The cause of these mysterious deaths eluded entomologists for a decade; now, study after study has pinned them on the chemicals.

“These [pesticides] are meant to kill insects,” says John Tooker, an applied insect ecologist at Penn State. “The realization that bees are insects, and that insecticides kill bees, is mind-boggling to entomologists. I mean, no shit.”

Despite their inherent risks to pollinators, governments—including the administration of Brazilian president Jair Bolsonaro—have relaxed rules controlling pesticide use. In the US, the Environmental Protection Agency (EPA) has reversed course on dozens of Obama-era insecticide bans, permitting certain applications under “emergency exemptions.” Meanwhile, analysis of the UK’s Brexit laws revealed proposed legislation would do away with an executive arm meant to review and ban harmful pesticides.