A key step toward growing human kidneys in the laboratory 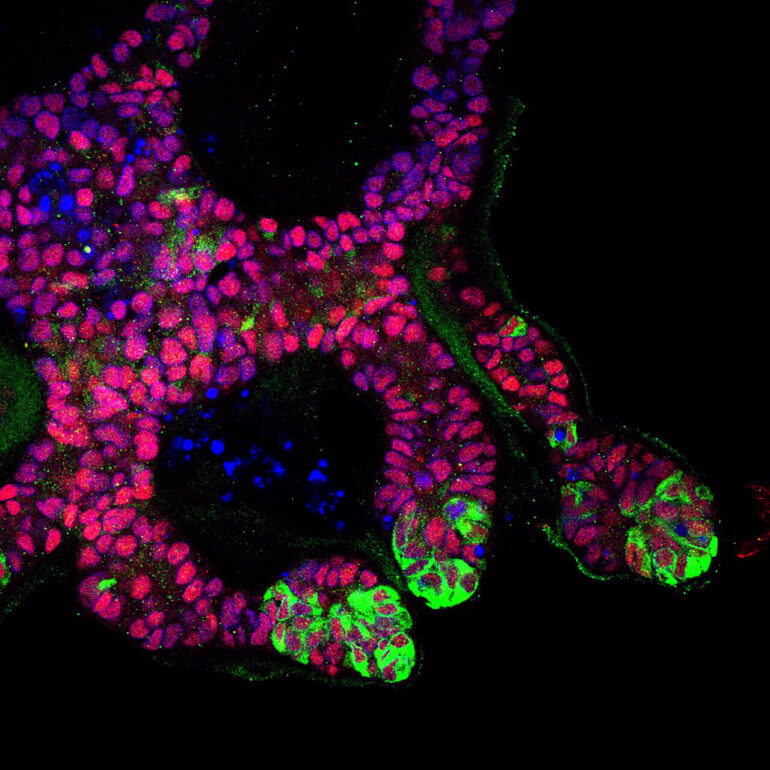 Kidney disease affects one in nine adults globally and the incidence of kidney failure is steadily rising around the world. Being able to grow working kidney tissue in a laboratory could help accelerate medical treatments for kidney disease and restore kidney function. The kidney forms normally in humans as a result of two building blocks—metanephric mesenchyme and ureteric bud. The laboratory of Joseph Bonventre, MD, Ph.D., Chief of the Renal Unit and Founding Chief of the Engineering in Medicine Division at the Brigham, figured out how to generate the first building block—metanephric mesenchyme—resulting in many components of the kidney from human stem cells seven years ago.

The same laboratory has now developed a highly efficient method to generate the second building block (ureteric bud), which matures into the adult kidney collecting system. Furthermore, they demonstrated features of interaction between the cells of these two building blocks, reproducing aspects of interaction which normally occur when the kidney develops. In addition, for the first time ever, the Bonventre laboratory has developed human cell lines of principal and intercalated cell lines, the two cell lines that make up the last urine processing component of the kidney.

This research could help investigators test new therapies for treating kidney diseases that affect the collecting system. These include many congenital abnormalities of the kidney and urinary tract, including polycystic kidney disease—one of the most common genetic diseases.

“We have developed a highly efficient way to generate a key component of kidney tissue responsible for maintaining many blood chemistries and critically important for development of the kidney. In addition, we have created, for the first time, human kidney cells that can be used to advance new drugs, aid in investigation of inherited and acquired disorders, and improve our understanding of how the kidney develop and control metabolic balance in the body,” said Bonventre.

“Ultimately, with the ability to now generate both components responsible for making functional kidney tissue, this work provides a major step forward in the quest to replace renal function in patients with kidney failure or perhaps, in the future, generate a kidney in a dish.”

The study was published in Nature Biotechnology.

Provided by
Brigham and Women’s Hospital


Citation:
A key step toward growing human kidneys in the laboratory (2022, August 30)