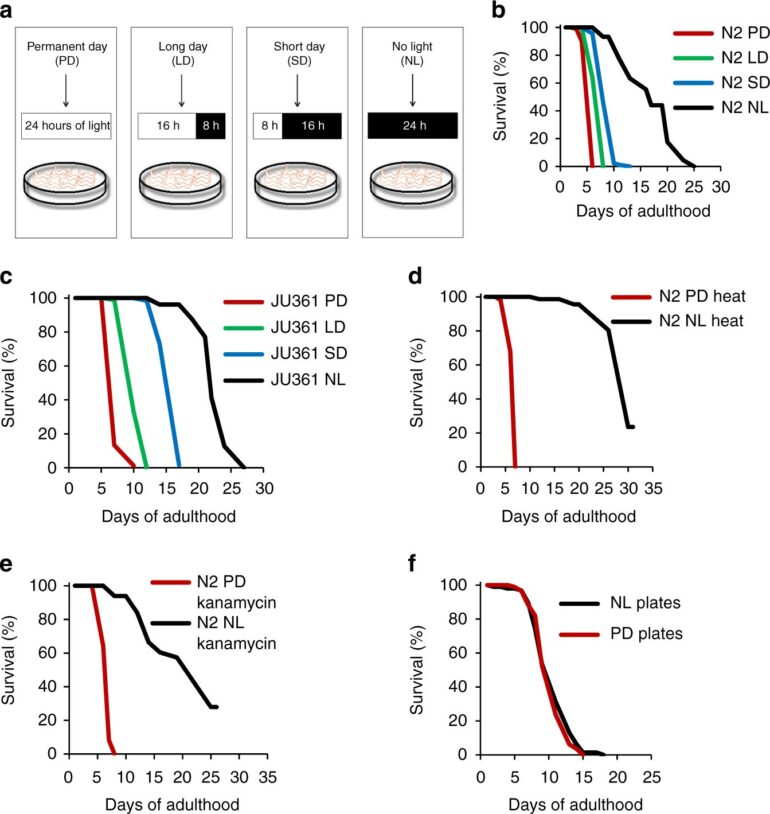 Scientists from the group of Professor Dr. Thorsten Hoppe at the Cologne Cluster of Excellence for Aging Research CECAD have found that in the nematode C. elegans, the perception of changes in ambient temperature via a defined network of sensory neurons is important for the maintenance of protein degradation in the gut.

To maintain and improve their chances of survival, organisms must constantly adapt to changing environmental conditions. The perception of the external environment is mediated by sensory neurons and is crucial for maintaining the balance of physiological body functions, known as homeostasis.

The authors used the nematode C. elegans to investigate how a general impairment of environmental perception affects protein degradation. To do this, they used worms whose sensory neurons, by means of mutations in genes that control the functionality of these neurons, are impaired.

In light of current climate changes, it is of importance to determine how a chronic increase in temperature affects these signaling pathways and thus protein degradation and lifespan in higher organisms.

“Interestingly, neurological damage in patients with neurodegenerative diseases can be reduced or even averted by severe cooling of the brain, however it is still completely unclear how this works. Our data suggest that the degradation of proteins as a consequence of the perception of temperature stimuli is an important factor that could be therapeutically relevant,” says Professor Dr. Thorsten Hoppe.

Fight or flight? How birds are helping to reveal the mysteries of evolution