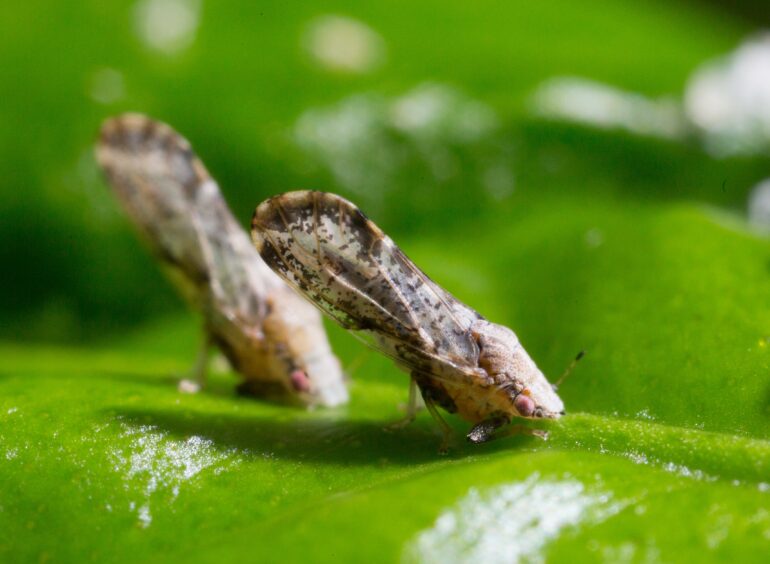 The newly identified species belongs to Liberibacter, a family of bacteria known to infect several economically important crops. There are nine known Liberibacter species, including one that infects potatoes and three that are associated with citrus greening.

Citrus greening, also known as Huanglongbing, is the number one killer of citrus trees worldwide. Though many are working on solutions, there is presently no effective prevention or treatment option on the market.

Given its relatives’ destructive qualities, UC Riverside scientists set out to understand the ways the new species, L. capsica, genetically resembles other types of Liberibacter.

“As with new strains of COVID-19, bacteria become variants of concern if their mutations can impact pathogenic or transmissible properties,” said Allison Hansen, UCR entomologist and study lead.

Many Liberibacters share genes that enable their ability to live inside a host.

“These bacteria acquire DNA from their hosts, so without a host, they’re gone, they will die,” Hansen said.

For this study, the research team identified 21 genes in L. capsica that are rapidly evolving amino acid mutations associated with infectious qualities. This evolution is documented in a new Microbiology Spectrum journal paper.

One subset of mutations the team found repeatedly are on genes affecting pilus, tiny bacterial “hairs” that allow the bacteria to move into host insects and uptake DNA. Insects then transmit the bacteria to plants.

L. capsica was found by chance in a pair of flying insects on a pepper plant in Brazil. These insects, psyllids, are known pepper pests. However, it’s not yet known whether L. capsica infect peppers or other crops.

Gathering direct evidence about whether the bacteria infect pepper tissues may prove difficult, as Hansen’s team only had a single sample, and L. capsica cannot be grown in a laboratory.

The psyllids were collected in Brazil by Diana Percy, an entomologist at the University of British Columbia and Hansen’s frequent collaborator. Percy travels the world searching for psyllids but did not know these would harbor novel bacteria. That discovery was later made in Hansen’s laboratory after Percy shared the psyllids she obtained abroad.

“We’re informing scientists in Brazil and other places to screen plants for it,” Hansen said. “It should be on everyone’s radar for outbreak potential given the propensity of Liberibacter for being serious plant pathogens on domesticated crops.”

Integral to this study was the work of Ariana Sanchez, a UCR undergraduate microbiology major interested in bacterial pathogens transmitted by insects. Sanchez is the entomology department’s first Inclusivity Scholar.

The department created the Advancing Inclusivity in Entomology scholarship in response to the Black Lives Matter movement and death of George Floyd in 2020. Faculty recognized the need to support students from marginalized groups who have a passion for studying insects but face systemic barriers excluding them from research opportunities.

By helping identify the ways in which L. capsica is evolving, Sanchez has made an important contribution to Liberibacter knowledge.

“Being able to understand pathogens like these, and how they interact with the insects that carry them, is so critical for the security of our food supply,” Hansen said.