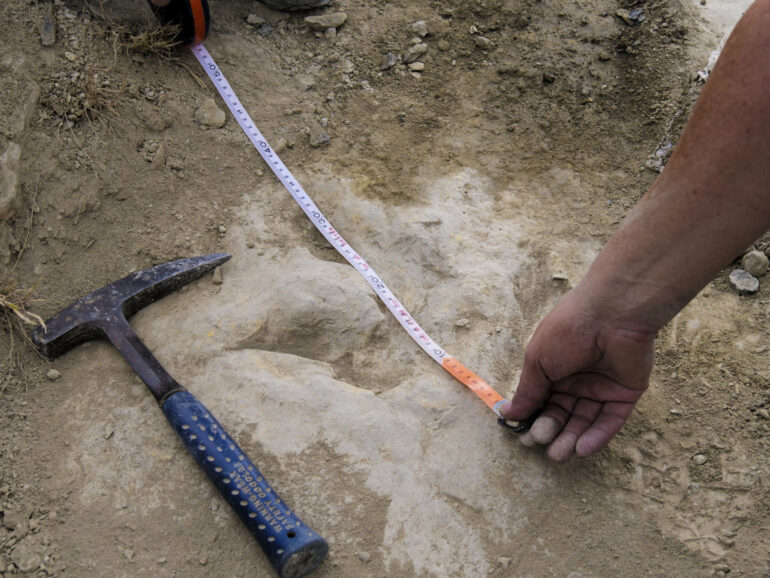 Not all two-legged dinosaurs were like the lumbering Tyrannosaurus rex.

An analysis of dinosaur tracks from 120 million years ago unearthed in Spain adds to growing evidence that these meat-eating prehistoric beasts belonging to the same group as T.rex could be highly agile.

The findings, published Thursday in Scientific Reports, reveal one of the fastest known sets of fossilized dinosaur footprints.

These tracks join the ranks of other speedy sets found in Utah and Texas, one of which shows dinosaurs running at speeds over 30 mph. The Spanish footprints showed speeds of nearly 28 mph.

To calculate the running speed, scientists measured the length of the footprint and took into account the dinosaur’s hip height and stride length—the distance between two consecutive footprints of the same foot.

All of the fastest known sets of prints come from a family of dinosaurs called theropods. These carnivorous dinosaurs stood on two legs and could not fly, like the famed velociraptor. The animals that created the most recent impressions were probably 5 to 6 1/2 feet tall and 13 to 16 feet long from mouth to tail, the researchers estimated.

Scientists think there may be other faster dinosaurs, but the tracks of theropods have been easier to track down.

“Behavior is something very difficult to study in dinosaurs,” said lead author Pablo Navarro-Lorbés of the University of La Rioja. “These kind of findings are very important, I think, for improving that kind of knowledge.”

Climate change could be making it harder for seabirds to feed, study finds

These are “clearly active, agile animals,” said Smithsonian paleontologist Hans Sues, who had no role in the study.