From octopus to elephant: A molecular zoo of epigenetics 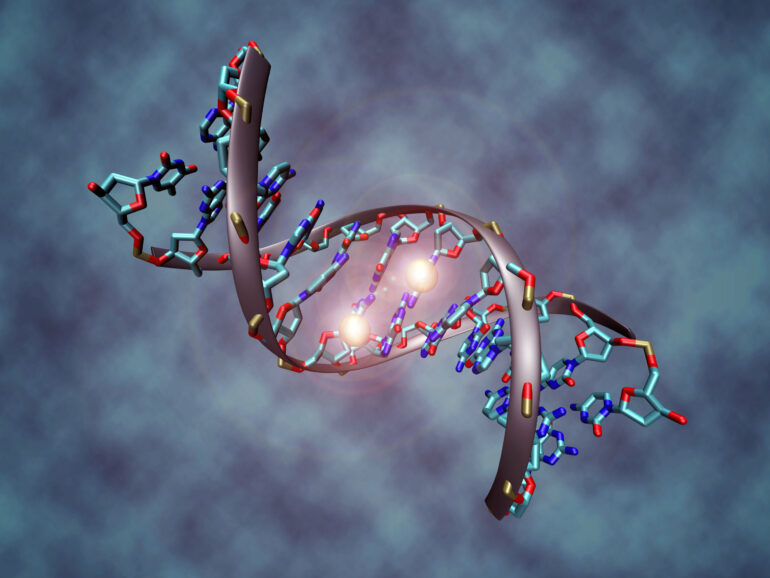 Our genes are encoded in the DNA sequence of the genome, which is highly similar across the diverse cell types of our body. Yet, each cell can only access those genes that are in an epigenetically permissive state. The epigenome thus provides a form of molecular access control to the genes—epigenetic “software” that protects our genetic “hardware” from activation in the wrong cells.

This layer of regulatory control has been essential for the development of complex organisms comprising of many hundred different cell types. Moreover, epigenetic regulation helps reduce our risk of cancer by protecting critical areas of the genome from accidental activation.

DNA methylation is the best known and arguably the most important epigenetic mechanism. Methyl groups (CH3) mark those parts of the DNA that are to be tightly packaged and protected from faulty activation. DNA methylation has many roles throughout our lives—ranging from the fertilized egg to the adult organism, in diseases such as cancer and in the biological aging of our bodies.

Christoph Bock, a bioinformatician and genome researcher who is a principal investigator at CeMM and professor at the Medical University of Vienna, explains, “DNA methylation provides the cells with epigenetic memory, ensuring that a liver cell always remains a liver cell and a heart cell always remains a heart cell—even though all cells in our body are equipped with the same genes.”

More than 500 animal species epigenetically mapped for the first time

DNA methylation is well-studied only in mammals, most notably in mice and humans. In a decade-long effort to fill critical gaps in our understanding of epigenetics, scientists from Bock’s research group at CeMM have now mapped and analyzed DNA methylation profiles across 580 different animal species.

Their research is published in the journal Nature Communications.

The study’s lead authors, Johanna Klughammer and Daria Romanovskaia, together with Amelie Nemc, processed and analyzed a total of 2,443 animal tissue samples. Many of these samples came from the Wildlife Pathology Unit at the University of Veterinary Medicine in Vienna, and from the Ocean Genome Legacy Center in Boston.

In addition, seafood specimens were purchased at Vienna’s Naschmarkt, and several collaborators provided samples from further animal species including camels and axolotls. “We made sure to get hearts and livers from as many species as possible to facilitate the cross-species comparison. Also lungs, gills, kidneys, brain and more,” the authors explained.

These data show that DNA methylation in animals followed very similar principles 500 million years ago as it does today. Daria Romanovskaia explains, “We looked at the relationship between DNA methylation and the underlying genetic DNA sequence in mammals, birds, reptiles, amphibians, fish and invertebrates. The patterns are very similar. For example, we were able to predict the distribution of DNA methylation in elephants genome using a model we had created for the octopus. These epigenetic patterns therefore very likely existed in the last common ancestor of these animals, a very long time ago.”

The fundamental principles of DNA methylation thus appear highly conserved, enabling a deep look at the evolutionary history of vertebrates. However, this does not mean that DNA methylation remained unchanged over millions of years. Christoph Bock explains, “The genetic code of epigenetics looks clearer and more prescriptive in vertebrates than in invertebrates, even though the underlying patterns are similar. And with the emergence of reptiles, birds, and mammals, the genetic determinants of DNA methylation become even more pronounced. It seems that complex animals including humans particularly depend on epigenetic protection of the genome through DNA methylation.”

Large animals with a long lifespan should in theory have a higher risk of cancer, because their bodies consist of many more cells, and these cells have more time to develop into cancer cells. Yet elephants are no more likely to develop cancer than mice or trout. Scientists refer to this as Peto’s paradox. The most plausible explanation is that large animals with a long lifespan have evolved special mechanisms that substantially reduce their cancer risk.

New methods for the analysis of DNA methylation in evolution

Overall, this study provides the most comprehensive analysis of epigenetics in its evolutionary context to date. It also establishes new methods for studying DNA methylation in diverse animal species. For many species, no high-quality genomes are yet available, which is why the team developed and optimized a method the analyze DNA methylation independently of any reference genomes.

Johanna Klughammer, who is now a professor at the Gene Center of the Ludwig Maximilian University of Munich, explains, “Our new method allows us to explore the interplay of genetics and epigenetics in all those animal species that were hardly accessible for epigenetic analyses. Hopefully, such evolutionary and comparative analyses will lead to a better understanding of epigenetics in humans, in diseases such as cancer, and in healthy aging.”

Citation:
From octopus to elephant: A molecular zoo of epigenetics (2023, January 18)