High plant diversity is often found in the smallest of areas 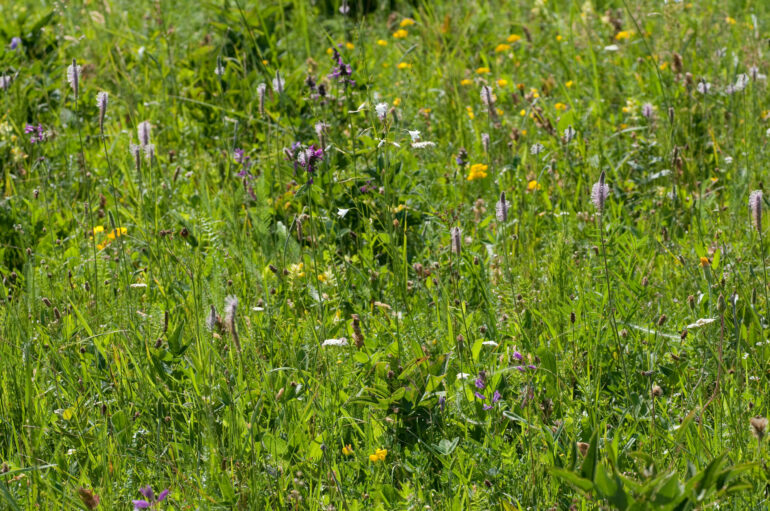 It might sound weird, but it’s true: the steppes of Eastern Europe are home to a similar number of plant species as the regions of the Amazon rainforest. However, this is only apparent when species are counted in small sampling areas, rather than hectares of land.

An international team of researchers led by the Martin Luther University Halle-Wittenberg (MLU) and the German Centre for Integrative Biodiversity Research (iDiv) Halle-Jena-Leipzig has now shown how much estimates of plant diversity change when the sampling area ranges from a few square meters to hectares. Their results have been published in the journal Nature Communications and could be utilized in new, more tailored nature conservation concepts.

In their study, the team analyzed a dataset of around 170,000 vegetation plots from all of the Earth’s climate zones. The data included information on all of the plant species found at a location and the coordinates of the respective area under study. The data was taken from the globally unique vegetation database “sPlot”, which is located at iDiv.

“Most studies on global biodiversity are conducted on a relatively large scale, for example at a state or provincial scale. We wanted to find out how much results differ when smaller areas are examined,” says Professor Helge Bruelheide from MLU. The team used artificial intelligence to investigate, among other things, the relationship between the number of plant species and the size of the area under study.

Their investigation showed that there are regions on Earth where focusing on large study areas only provide a limited understanding of the distribution of biodiversity: sometimes small areas can have a relatively high biodiversity, for example in the steppes of Eastern Europe, in Siberia and in the Alpine countries of Europe. At fine spatial scales, the large difference in biodiversity between the tropics, like the Amazon, and the temperate climate zones nearly disappears.

The same applies to the African tropics, which were previously considered an exception in the tropical plant world. “The tropics have always been among the most biodiverse areas in the world. We wondered why this shouldn’t also apply to Western Africa,” explains Dr. Francesco Maria Sabatini, who led the study at MLU and is now an assistant professor at the University of Bologna.

In fact, the distribution of plant species varies greatly in the African tropics, says Sabatini. These species are distributed over very large distances, so that they are not always recorded when a small sampling area is examined. “To correctly recognize the high biodiversity in Western Africa many small areas are required,” adds Sabatini.

The study also shows that the spatial scale at which other very biodiverse areas are examined, such as the Cerrado savanna region in Brazil or regions in Southeast Asia, is irrelevant. These results are also important when it comes to protecting species. “Ecosystems whose high biodiversity is spread out over a large area cannot be protected through the traditional patchwork of nature reserves. In contrast, ecosystems that have a high biodiversity within a small area could benefit well from several distinct protected zones,” concludes Bruelheide.

Citation:
High plant diversity is often found in the smallest of areas (2022, September 1)