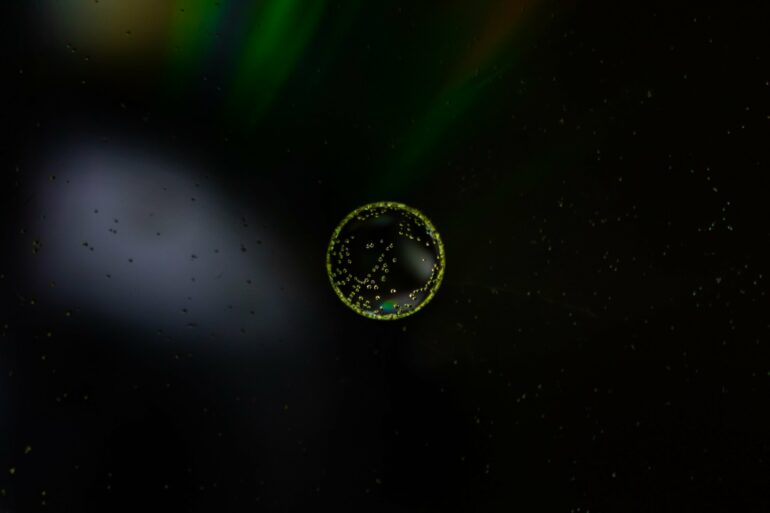 A research team from Cologne and Osnabrück has investigated in detail how messenger substances signal inflammation during the removal of damaged cells in the body. Using high-resolution microscopy methods, the researchers were able to show that two proteins interact dynamically with each other and thus determine whether a dying cell triggers an inflammatory reaction in the body.

The study led by Professor Dr. Ana J. Garcia-Saez (CECAD—Cluster of Excellence for Aging Research at the University of Cologne) and Junior Professor Dr. Katia Cosentino (CellNanOs—Center for Cellular Nanoanalytics at the Osnabrück University) has been published in the journal Molecular Cell.

Normally, the body initiates apoptosis—a form of programmed cell death—to get rid of damaged cells. Knowledge of how exactly this clean-up mechanism functions at the level of the molecules involved can make a significant contribution to the therapy of diseases. In cancer, for example, the cells are not systematically removed from the body, but continue to live and spread. Radiotherapy treatment is routinely used to kill cancer cells, but it induces inflammation in the body. Research is being carried out worldwide to find out how cancer therapies cause inflammation and how treatments can be less harmful to the body.

In this study, the research team from CECAD and CellNanOs focused on two proteins that are already known to be involved in cell death. BAX and BAK are the two proteins that regulate the cell death mechanism in mitochondria, the power-houses of the cell. Using high-resolution imaging techniques, the researchers were able to observe for the first time how dynamically BAX and BAK formed structures in mitochondria that influenced cell death and inflammation.

Due to their great similarity, BAX and BAK have so far been referred to as twin proteins. That they differ systematically in their mechanism of action is a new finding of this study. The research team was able to show that BAK proteins organize into smaller structures more quickly than BAX, and that the two proteins influence each other.

“We could clearly observe under the microscope how both proteins interacted with each other to form a pore in the mitochondrion, so that the mitochondrial DNA exited through the pore to trigger inflammation,” explained Andreas Jenner of the University of Cologne. This dynamic interplay of BAK and BAX proteins was previously unknown, and it regulates the formation of the pore and thus the amount of mitochondrial DNA released. This, in turn, determines whether an inflammatory response is triggered in the body.

“The relative availability of BAX and BAK proteins in cells determines the growth of the pore and the rate at which mitochondrial DNA is released. Possibly, our findings open up new perspectives to control inflammation during cancer treatments,” explained Katia Cosentino of the Osnabrück University.

“Our results highlight how BAX and BAK contribute to cell death in different ways and suggest that these two proteins should be well balanced in therapeutic cancer treatments,” said Ana J. Garcia-Saez of the University of Cologne.

However, such therapy does not yet exist. For now, further investigation is needed to determine whether additional molecules contribute to the dynamics of BAX and BAK pore formation and regulate pore growth and size.


Citation:
How our body controls inflammation during clean-up mechanisms of damaged cells (2022, February 4)