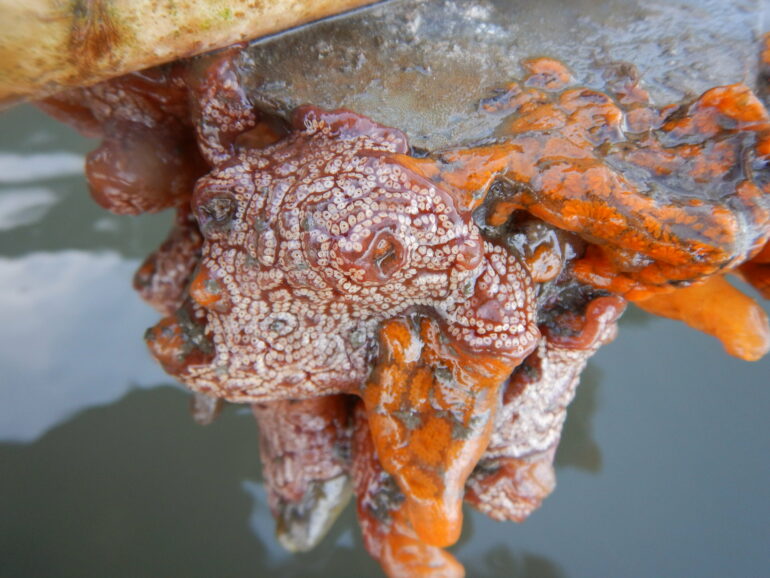 Native species in California’s estuaries are expected to experience greater declines as invasive species interact with climate change, according to a study from the University of California, Davis.

The study, published in the Ecological Society of America’s journal, Ecology, said these declines are expected not only because of climate-related stressors, but also because of the expanding influence of new invasive predators whose impacts are occurring much farther up the estuary.

“Our study found that climate change and biological invasions can interact in coastal estuaries in unpredictable ways,” said lead author Benjamin Rubinoff, a Ph.D. student in the UC Davis Department of Environmental Science and Policy when the research was conducted. “This increased risk of predation makes it difficult for native species that are already dealing with increasingly stressful environmental conditions.”

The researchers tested the influence of environmental stress and predation on sessile invertebrates in Tomales Bay, California during the summer of 2019. Sessile invertebrates are animals without backbones that attach to reefs or seagrasses and barely move, such as bryozoans and ascidians. Their predators include sea stars, crabs, and snails, among other species.

In estuaries, changes in salinity and water temperature strongly influence the distribution of many invertebrate species, from mussels to crabs to sea squirts. These gradients can be especially steep in the estuaries of California, which are highly vulnerable to climate change and invasive species.

In most estuaries, stressful conditions for marine organisms such as low salinity and high temperature increase as you move inland from the ocean. With increased stress, native predators typically consume fewer prey.

But the study found that biological invasions are changing this equation, since many non-native predators tolerate stress better than native ones. So highly stressed native prey species are subjected to large numbers of stress-tolerant invaders that compete with them for resources, if not consume them.

“The stress gradients typical of West Coast estuaries are being rapidly altered by climate change,” said co-leading author Edwin “Ted” Grosholz, a UC Davis professor with the Department of Environmental Science and Policy and the Bodega Marine Laboratory. “These changing gradients are scrambling the historical predator-prey landscape, creating novel matchups and putting native prey at much higher risk from invaders.”

CRISPRing the microbiome is just around the corner

Grosholz adds that such changes are hard to predict, and only experimental studies like this can disentangle the interacting effects of climate change and invasions on struggling native species.

For the study, the researchers deployed square plates made of PVC with different caging treatments at three locations across Tomales Bay from June to October 2019. Some plates were protected from predators while others allowed predator access. At the end of the period, the researchers brought the plates back into the lab and identified organisms using a microscope and determined percent cover.