Just one degree can change a species 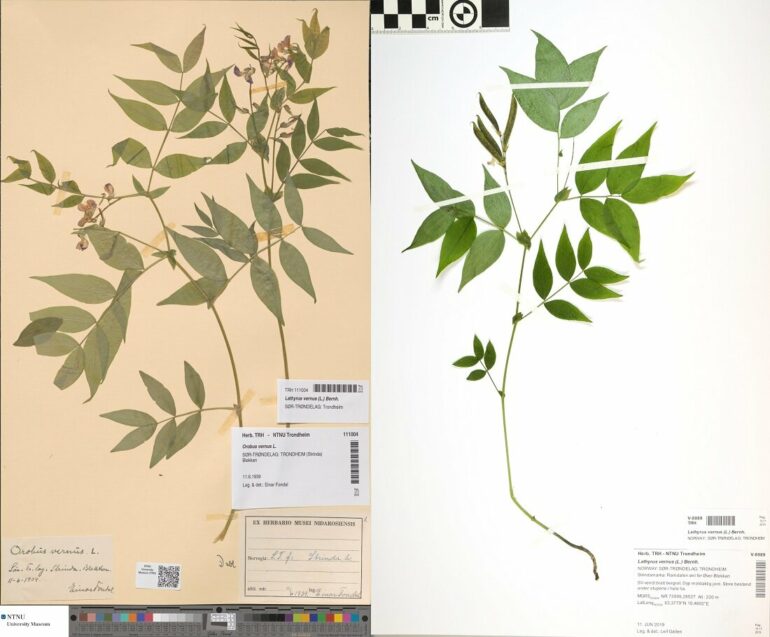 It is not exactly a surprise that climate affects life on Earth. At least major changes in climate make a difference. We know that not all species thrive everywhere on the planet.

“The climate affects the life cycle of species, the number of individuals of a species, the overall number of species and the composition and distribution of species in an area,” says James D. M. Speed, a professor in the Department of Natural History at the Norwegian University of Science and Technology’s (NTNU) University Museum.

How small or large a change in temperature is needed to change any of this is less easy to estimate, however, and varies a lot from species to species. Some species thrive over a large and varied area, while others only thrive in very limited areas.

Finding relevant answers can be difficult when looking at how the climate affects species. Researchers often investigate many different questions in a large geographical area. They may also use several different methods that make results from different surveys difficult to compare.

These factors make it difficult or impossible to measure a local effect of climate change.

Publication bias can also affect our overall impression. This bias happens when research results that show no effect—or perhaps even the opposite effect than is expected—are simply not published, and are thereby not available to other researchers. Getting a study published is easier when the results actually show an effect than when researchers find no change whatsoever.

Thus, not all investigations are equally relevant, and it’s possible to fall into several traps.

Researchers from several institutions, including the NTNU University Museum, found a helpful method to check how species in a specific area have been affected by temperatures over a longer period of time.

“We used museum collections that have been built up over 250 years to measure the ecological response to climate change in central Norway,” says Speed. “We looked at a number of species, including vertebrates, invertebrates, plants and fungi.”

These museum collections are archives of the life in an area over a long period of time. But they are not just thousands of dead animals and plants for particularly interested collectors. They can actually give us valuable information about how the world is today and about how we can expect the world to be affected by climate change and the actions we humans choose to take.

“What these data and the objects in the museum collections have in common is that studying climate change was not one of their purposes when they were collected. Only now are we seeing that the collections are relevant and that we can use them for such a purpose,” says Tommy Prestø, the senior engineer who is responsible for the day-to-day operation of the botanical collections at the NTNU University Museum.

“It’s really interesting to be able to show that we can use the museum collections in new and innovative ways,” says Prestø, who has spent a lot of time making the collections accessible to a wider audience.

Some of the results are very clear and show that even small changes can have quite a big impact.

Sometimes one degree is enough

For each degree the temperature rises, researchers find that:

When some species change, the life cycle of other species may change as well, for example species that eat zooplankton, birds or plants.

“We can see a clear, regional connection with the climate,” says Speed.

“For certain plant species, we’ve found that they’re flowering on average nine days earlier per century. This means that some of our plant species bloom three weeks earlier now than they did 250 years ago,” says Prestø.

“But not everything changes with the climate. Some aspects of nature are more resilient. Overall, the distribution of species and species diversity stays stable over time. That surprised us,” says Speed.

The fluctuations in the number of animals and species composition do not directly follow fluctuations in temperature, either. The relatively long period of 250 years can have both periods of warming and a stable climate.

The species response may thus be delayed in relation to the changes in the climate. They could also be affected by other causes like changing land use, which is the biggest environmental problem, according to the International Nature Panel IPBES.

Collections are a unique source for researchers

These are insights we wouldn’t have gained without the fact that several generations of researchers, from botanist Bishop Gunnerus in the 1700s to the present day, had collected material and information about nature.

“Natural history collections can provide unique insight into a wide range of ecological responses over a period of time that is much greater than what most ecological monitoring programs manage. So the collections are an essential and invaluable source for ecological research over time,” says Speed.

The study is published in the journal Ecology and Evolution.