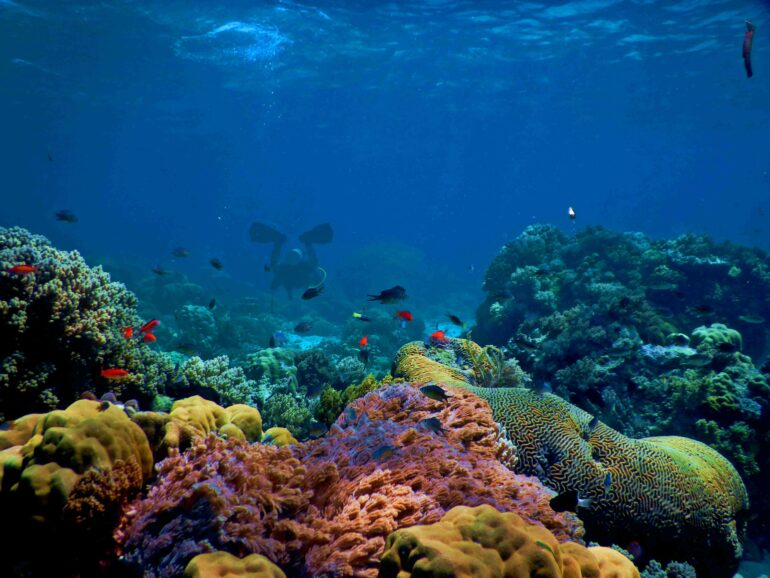 by University of Miami Rosenstiel School of Marine, Atmospheric, and Earth Science

A new study has found that 70% of Florida’s reefs are eroding and experiencing net loss of reef habitat. The research, conducted by an interdisciplinary group of scientists through the NOAA Cooperative Institute for Marine and Atmospheric Studies at the University of Miami Rosenstiel School of Marine, Earth and Atmospheric Science, provides new information on the state of Florida’s world-famous coral reefs.

“This research helps us to better understand which reefs along Florida’s reef tract are vulnerable to habitat loss and require management and restoration efforts to prevent further habitat loss,” said the study’s lead author John Morris, a researcher at NOAA’s Atlantic Oceanographic and Meteorological Laboratory. “On the contrary, we also identified reefs that may be potential hold-outs to reef development and are more likely to persist in the future.”

The researchers analyzed the benthic ecology, which is the assemblage of all living organisms inhabiting the sea floor, and parrotfish data from 723 reef sites in three biogeographic regions across the state’s reef tract to calculate each site’s carbonate budget. The reef tract extends 350 miles from the Dry Tortugas to the St. Lucie Inlet. A positive carbonate budget indicates a reef is growing over time, whereas a negative carbonate budget suggests the reef is losing structure.

The data, from NOAA’s National Coral Reef Monitoring Program and National Geodetic Surveys, was used to calculate carbonate production and carbonate erosion throughout South Florida. The primary drivers of carbonate budgets along the Florida reef tract are the amount of coral cover and parrotfish biomass. The researchers found that 506 of the sites were losing reef habitat on an annual basis.

“These findings underscore the need for enhanced management strategies like outplanting corals to help restore coral structure that has been lost,” said study co-author Erica Towle, coordinator of NOAA’s National Coral Reef Monitoring Program and alumna of the UM Rosenstiel School. “Moving forward, we can use this as a baseline to implement and track the success of management strategies.”

The largest drivers of coral loss in Florida over the last decade include bleaching events, ship groundings and disease, such as the stony coral tissue loss disease discovered in 2014, which continues to decimate Florida and Caribbean reefs.

Keeping toxic cadmium out of rice, the genetic way

“Unless management strategies are implemented, Florida’s eroding reefs will likely reduce the extent to which coral reefs can sustain these important economic and ecosystem services,” said Morris.

Provided by
University of Miami Rosenstiel School of Marine, Atmospheric, and Earth Science