New study reveals impact of plastic on small mammals, as four out of seven species identified as ‘plastic positive’ 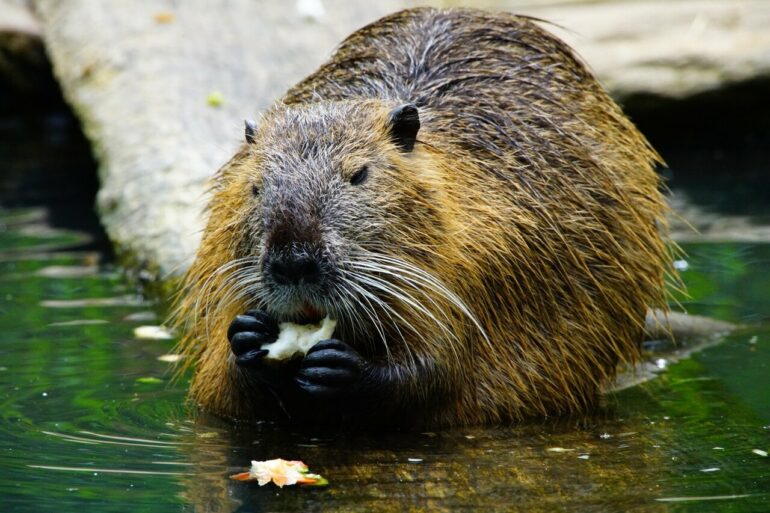 Researchers investigating the exposure of small mammals to plastics in England and Wales have found traces in the feces of more than half of the species examined.

In a paper published in Science of the Total Environment, researchers from the University of Sussex, the Mammal Society and the University of Exeter state that the densities of plastic excreted were comparable with those reported in human studies.

“By analyzing the droppings of some of our most widespread small mammals, we’ve been able to provide a glimpse of the potential impact plastic is having on our wildlife—and the most commonly found plastics leaking into our environment.”

The paper, authored by graduate Emily Thrift, Prof Fiona Mathews and Dr. Frazer Coomber of the University of Sussex and the Mammal Society, with Dr. Adam Porter and Prof Tamara Galloway of the University of Exeter, identifies plastic polymers in four out of the seven species for which they had fecal samples for. The European hedgehog, wood mouse, field vole and brown rat were all found to be plastic positive.

While expecting to see higher plastic concentrations in samples from urban locations and less plastic in herbivorous species, researchers actually discovered that ingestion of plastics were occurring across locations as well as across differing dietary habits—from herbivores, insectivores and omnivores.

Emily Thrift, MSci graduate from the University of Sussex, says that “it’s very worrying that the traces of plastic were so widely distributed across locations and species of different dietary habits. This suggests that plastics could be seeping into all areas of our environment in different ways. We’re also concerned that the European hedgehog, and field vole are both species suffering declines in numbers in the UK.”

Using equipment at the Greenpeace labs at the University of Exeter, the team analyzed 261 fecal samples, with 16.5% containing plastic. The most common types identified were polyester, polyethylene (widely used in single-use packaging), and polynorbornene (used mainly in the rubber industry). Polyester accounted for 27% of the fragments identified, and was found in all the plastic positive species, except the wood mouse. Widely used in textiles and the fashion industry, the paper explains that microfibers can enter the waste water system through household washing and subsequently end up on the land through the use of sewage sludge as fertilizer.

Over a quarter of the plastics found in the study were also “biodegradable” or bioplastics. The authors warn that while these types of plastics may degrade faster than polymers, they can still be ingested by small mammals and further research is needed to investigate their true biological impacts.

The authors believe that the microplastics found in the study are likely to have entered species’ guts as a result of the consumption of contaminated prey or through direct ingestion. With ingestion, researchers believe species could be mistaking plastics for food or chewing macroplastics used as nesting material or to escape entanglement.

The potential impact of plastics through the food chain is another issue the authors are concerned about, and urging further study into.

Prof. Fiona Mathews adds that “we really need to get a deeper understanding of the implications of plastic ingestion on land mammals—and the potential impacts this has on their conservation status. In our study, droppings from European hedgehogs carried the highest quantity of plastic polymers. As a species, they are already in decline in the UK for reasons that are largely unknown, and they are classified as Vulnerable to Extinction on the IUCN-compliant regional Red List. European hedgehogs consume earthworms and previous studies have found these to contain microplastics. So we really need further research to establish the scale and route of exposure more precisely, and to assess prevalence in predatory species that consume small mammals, so that we can take adequate steps to try to protect our declining wildlife from plastics.”

Understanding how microbiota thrive in their human hosts

Andy Bool, CEO of the Mammal Society says that “the Mammal Society is proud to have helped and part-funded this research as it represents an important step into the study of the impact of plastics on terrestrial mammals. With a number of small mammal species experiencing worrying declines in numbers it highlights one of the challenges they face. We can all make a difference to help protect them from this threat by reducing the amount of single use plastic we use and reusing and recycling what we do use properly.”

Dr. Adam Porter, NERC post-doctoral research fellow at the University of Exeter says that “in the UK, plastic pollution can often seem like a problem somewhere else when most images are of polluted shorelines of tropical landscapes, or charismatic organisms like turtles or sea lions. This study brings the focus home, into our lands and in some of our much beloved mammal species. Further it demonstrates that the amount of plastic waste we produce is having an impact. We must change our relationship with plastic all together; moving away from disposable items and moving towards replacing plastic for better alternatives and establishing truly circular economies.”

Provided by
University of Sussex