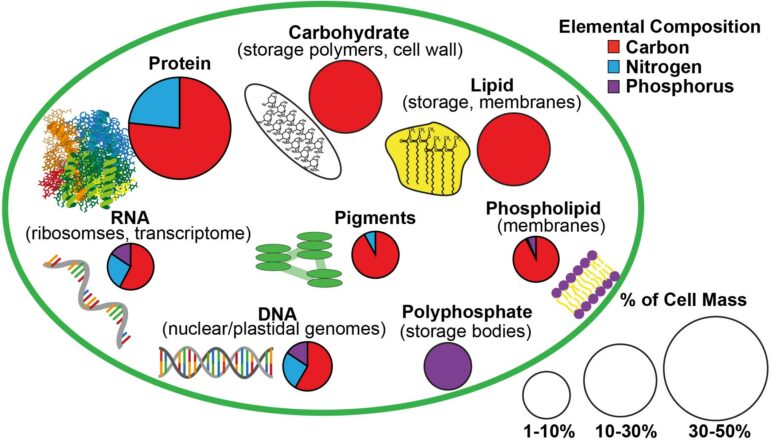 Since 1934, the Redfield ratio—the recurring ratio of 106:16:1 of carbon to nitrogen to phosphorus (C:N:P) in phytoplankton and the pathways by which these elements are circulated throughout all parts of the Earth—has been a cornerstone of oceanography. While differences in C:N:P ratios exist and have been observed across ocean biomes, to date there has not been an established way to quantify or predict that variation. However, a new study from a University of Rhode Island professor could help to fill in the blanks for scientists studying and trying to understand these variances.

The study, published in Nature Geoscience and written by Keisuke Inomura, assistant professor of oceanography in URI’s Graduate School of Oceanography, with a team from the University of Washington, the Massachusetts Institute of Technology and Princeton University, could also have meaningful implications for climate research.

Essential to aquatic ecosystems the world over, phytoplankton provide food for almost all sea life; they also perform photosynthesis—taking in sunlight, water and carbon dioxide and releasing oxygen and carbon. In addition to generating half of the oxygen in our atmosphere, phytoplankton also impact carbon export and storage in the deep ocean, which, in turn, can affect the composition of carbon dioxide in the atmosphere. Carbon export is substantially influenced by C:N:P ratios because the ratio indicates how much carbon is produced in relation to available nutrients (i.e., nitrogen and phosphorus).

In examining C:N:P ratios, studies have shown that while C:N remains relatively stable, the ratio of N:P or C:P can vary significantly depending on latitude—with higher ratios in the subtropics and lower ratios in high latitudes such as the Artic or Southern Oceans. What hasn’t been known is why. To answer that question, the team incorporated a macromolecular model of phytoplankton into a global general circulation and biogeochemical model—essentially introducing the molecular composition within phytoplankton into a computational model that also takes into account ocean circulation and the nutrient cycle.

“We analyzed existing data on small and large phytoplankton, looking at their makeup—proteins, carbohydrates, lipids, DNA, RNA, etc.—and the relationship of these macromolecules to one another, how they take in light and nutrients and use that to replicate or grow,” said Inomura. The relationship between quantities of substances taking part in a reaction or forming a compound is known as stoichometry. “By resolving how much of each exist in phytoplankton within a new model, and incorporating that into an ocean framework—we are able to predict or simulate and analyze how the ratio of C:N:P will vary throughout the ocean and why.”

Findings show that while there is relatively small variation in the ratio of C:N primarily driven by common physiological adjustment strategies across all phytoplankton, the greater variation in N:P is mainly impacted by what plankton exist—large or small.

The new model adds an unprecedented level of detail previously unavailable on the macromolecular allocation of phytoplankton and how it acclimates to changing environmental conditions based on empirical data. The model can be used to predict and interpret macromolecular distributions in phytoplankton in the ocean, providing a framework for predicting biological and ecological responses to climate change.

“It’s always academically interesting to answer a big research question,” said Inomura. “And, of course, models get more fun and much more useful when they are based on empirical data. But what we’ve done by including this level of detail in our model is to help connect the dots for researchers by providing a real-life-based prediction of the elemental ratio everywhere in the ocean—including places researchers are not able to get to.”

Inomura believes this work could lead to a next generation climate model. The additional level of detail found in the macromolecular model can be instrumental in predicting future changes to the ocean’s C:N:P ratio and the implication of those changes on the atmospheric composition of carbon dioxide and temperature.

“There is still a lot we don’t know about climate change. The biology aspect in current climate models is one area that has provided uncertainty,” said Inomura. “It’s our hope that this model will help to better pin that part down.”

Provided by
University of Rhode Island