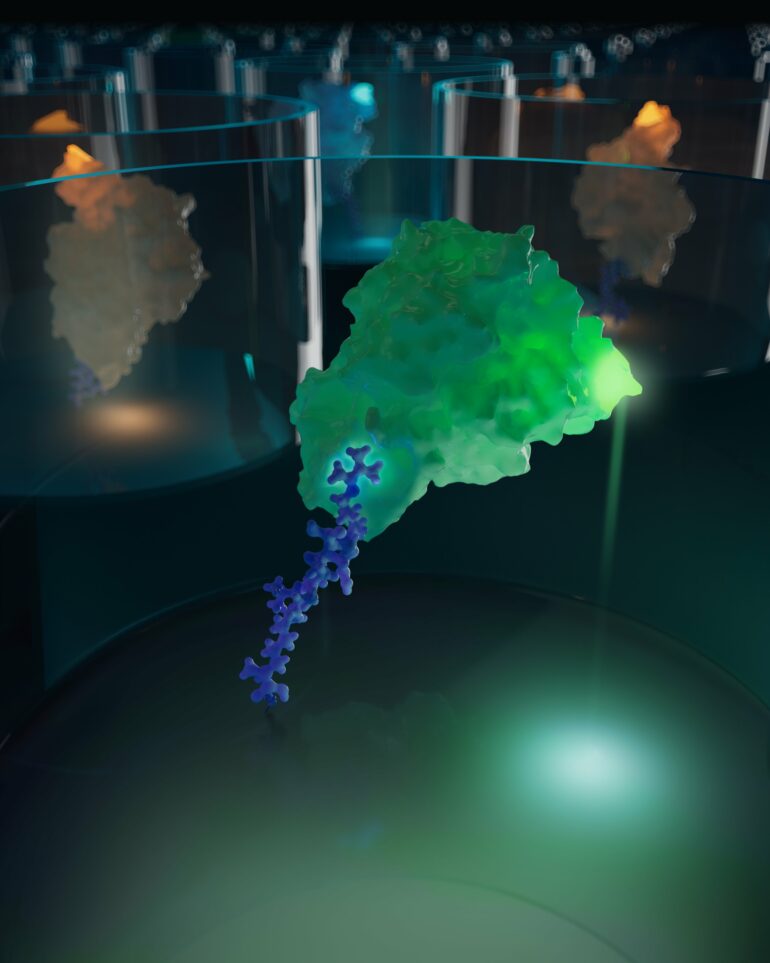 Researchers from Quantum-Si have published an article in Science that showcases how single-molecule protein sequencing via semiconductor chip and Time Domain Sequencing technologies will transform life science and biomedical research. This first-of-its-kind sequencing process, which provides an unparalleled understanding of proteins, will advance drug discovery and diagnostics and bring transformative health and disease insights to the world.

“I am proud and excited to share our first next-generation single-molecule protein sequencing technology with the world,” said Dr. Rothberg, senior author of the paper. “Just as the work I did with my first genomics collaborators on DNA sequencing led to a Nobel Prize for Svante Pääbo, I fully expect the early adopters of Quantum-Si’s technology to make discoveries just as profound and impactful.”

As described in Science‘s publication of “Real-time dynamic single-molecule protein sequencing on an integrated semiconductor device,” Quantum-Si’s semiconductor chip contains millions of wells, allowing for the cataloging of many proteins in parallel and the understanding of how these proteins are modified at the single-molecule level. The company’s next-generation sequencing system detects and cleaves amino acids using proteins and enzymes derived from naturally occurring pathways that carry out a similar process in cells. This approach eliminates roadblocks of complex chemistry and large, expensive equipment facing other technologies, while providing the sensitivity, scalability, and accessibility needed to accelerate biomedical research.

“The concept of a small benchtop instrument carrying out massively-parallel sequencing of individual protein molecules was previously unimaginable,” said Brian D. Reed, Ph.D, co-author of the study and Head of Research at Quantum-Si. “Researchers have used indirect methods to understand proteins and have been waiting for tools that would be transformative for proteomics in the same way that DNA sequencing has been for genomics. Our platform’s ability to map protein modifications, which have been difficult to detect with other technologies, will greatly advance our understanding of the function and regulation of proteins in health and disease.”

Additional information on Quantum-Si’s single-molecule protein sequencing process, as outlined in the Science study, include:

A dynamic approach in which single peptides are probed in real-time by a mixture of dye-labeled N-terminal amino acid recognizers and simultaneously cleaved by aminopeptidases;Annotation of amino acids and identification of the peptide sequence by measuring fluorescence intensity, lifetime, and binding kinetics on an integrated semiconductor chip;Recognizers identify multiple amino acids in an information-rich manner that enables discrimination of single amino acid substitutions and post-translational modifications (PTMs), allowing for a more detailed picture of individual proteins and their variations for future disease identification and prevention.

The article titled “Real-time dynamic single-molecule protein sequencing on an integrated semiconductor” appears in the October 14, 2022 issue of Science and is available online and in print.