Not only are bird species going extinct, but they might also lose the features that make each species unique 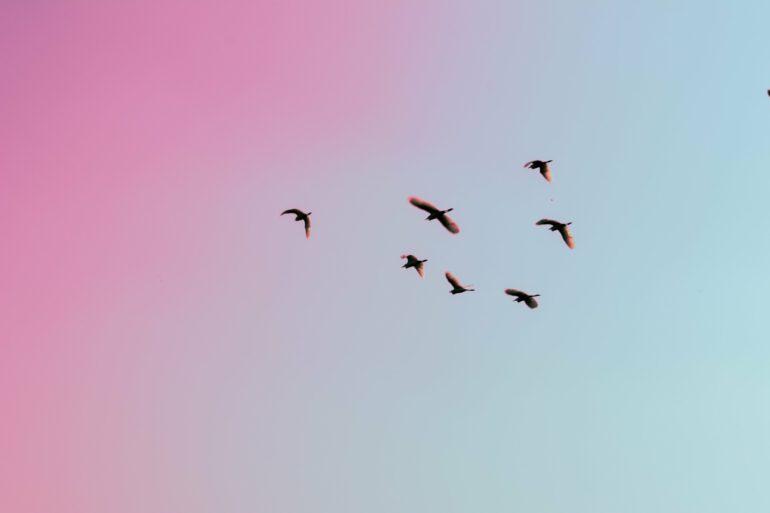 Climate change is causing a mass extinction the likes of which has not been seen in recorded history. For birds, this biodiversity loss has implications beyond just species loss. In research publishing in the journal Current Biology on July 21, researchers use statistical modeling to predict that extinction will decrease morphological diversity among remaining birds at a rate greater than species loss alone. The team’s results reveal which birds are at risk and which regions are most susceptible to homogenization.

Emma Hughes, a bird researcher at the University of Sheffield, has spent her career examining broad morphological traits in birds; for example, she has studied the distribution of different beak shapes globally. “I began to wonder what will happen with global change. So, not only how traits are currently distributed globally, but what might happen to morphological and phylogenetic diversity under the global extinction crisis,” says Hughes.

“As species go extinct you expect the traits that they represent to also be lost.” says Hughes. “But what we found was that with morphological diversity, the traits were lost at a much, much, much greater rate than just species loss could predict. This is really important because that can lead to a major loss of ecological strategies and functions.”

Diversity loss is most likely to affect birds with extreme features. Birds’ size and shape vary wildly across the class, from the giant, flightless ostrich to the tiny, buzzing hummingbird. “Those are the sort of species that you’d expect to be more at risk of extinction,” says Hughes. “We do find strong evidence to support the hypothesis that the largest and smallest species are likely to be most at risk of extinction.”

Not only are certain birds more at risk of diversity loss, but certain regions are also more likely to be left with homogenized populations. “The Himalayan mountains and foothills are at particular risk, and it’s likely that the loss of trait diversity will be considerable,” says Hughes. “The dry and moist forests of south Vietnam and Cambodia are also vulnerable.”

Hughes and her team hope that their work will help people understand the ways that biodiversity loss will change the world. “The global extinction crisis doesn’t just mean that we’re losing species,” she says. “It means that we are losing unique traits and evolutionary history, including species that could confer unique benefits to humanity that are currently unknown.”

No, the human brain did not shrink 3,000 years ago: research

Citation:
Not only are bird species going extinct, but they might also lose the features that make each species unique (2022, July 21)