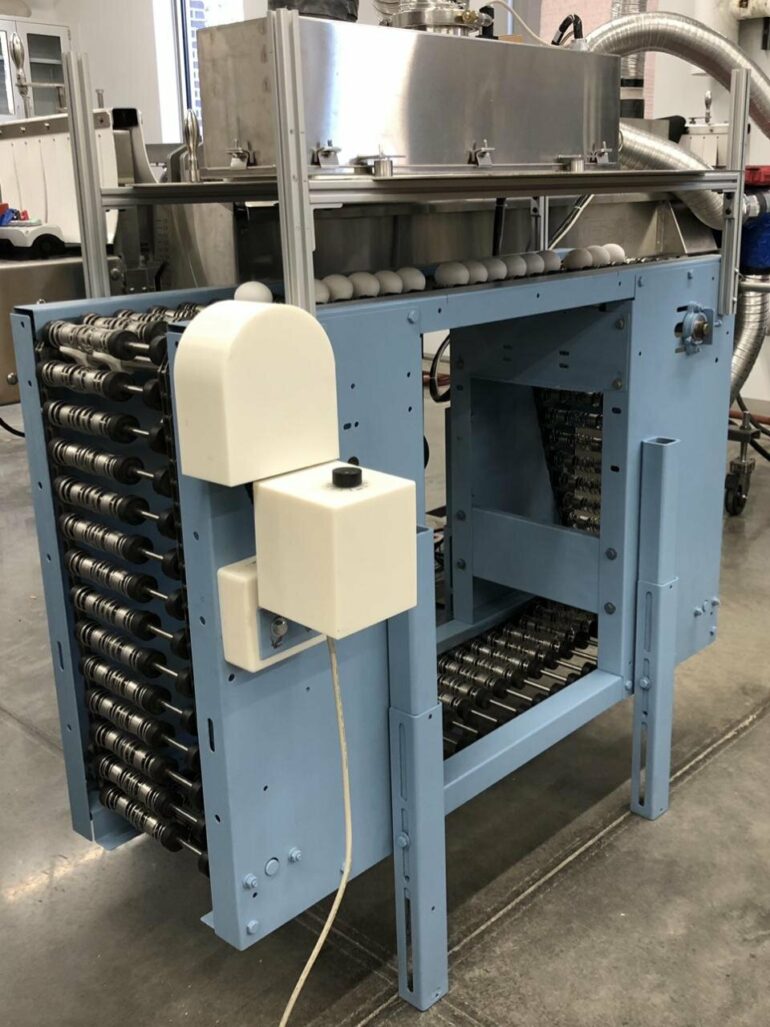 The pulsed light technique shows promise as an effective alternative to the chemical, heat and water-based antimicrobial technologies commonly used in the food industry—and could be applicable more generally in sanitized environments such as hospitals, water treatment facilities and pharmaceutical plants, according to the researchers.

The Centers for Disease Control estimates that upwards of 9 million people get sick, 56,000 are hospitalized and 1,300 die annually in the U.S. due to foodborne diseases. Despite improvements in technology and increased regulation, food contamination remains a global problem with major public health implications, explained Ali Demirci, professor of agricultural and biological engineering at Penn State and member of the research team.

“Any improvements to prevent illness or save lives would be the best outcome of this research,” Demirci said. “We want to reduce the number of foodborne disease fatalities to zero.”

The work was conducted in Demirci’s lab in collaboration with Ed Mills, associate professor of meat science, and Josh Cassar, former doctoral candidate in animal science, who has since graduated and works as a food safety consultant.

“I returned to Penn State for graduate school after working for a poultry processor, so for me the research was very applied; we desired to bring this technique to market,” Cassar said. “In terms of implementing the technology, we have continued to collaborate with corporate partners to integrate this technique into their facilities.”

Over the past two decades, the lab has applied the technique to a range of foods, including fruits, seeds, grains, cheese, milk, apple juice and multiple poultry products. The team even simulated production conditions to test the technology on eggs, using a conveyor devised to test the process in an industrial setting, with the xenon flashlamps designed to operate at commercial scale.

The team said they hope this technology will be adopted by the food industry sooner rather than later due to its strong potential to help make food safer to consume.

Since the 1960s, the food industry has used low intensity ultra-violet (UV) light as an antimicrobial treatment, explained Mills. Meat producers utilized low levels of UV light in meat-aging facilities, but the technique could only be used at low intensity over a long period of time.

“This is a completely different system,” Mills said. “We are using pulsed light instead of continuous light, which takes advantage of the stored energy in a pulse, so we can deliver more power in less time.”

The team’s technique is designed to be deployed on a food conveyor, where light pulses would be applied to the product as it passes by. The treatment delivers a higher intensity of light, because it is pulsed, which results in a greater microbial reduction in a shorter period of time than conventional UV light treatment, Mills explained.

“The analogy I use is a dam in a river,” Demirci said. “You open the floodgates and there is a flash of energy. That’s what we’re doing with light.”

Pulsed light is an emerging technology, which could serve as an alternative to current antimicrobial interventions in the food industry but could also be applied more broadly in other antimicrobial applications, explained Cassar.

“Pulsed light is another tool in the toolbox,” he said. “When used in an appropriate setting, it can offset a chemical sanitizer or a water-based disinfectant. As with any novel technology, it will continue to develop and hopefully will provide us with an effective and efficient tool for sanitation in a range of environments and industries.”