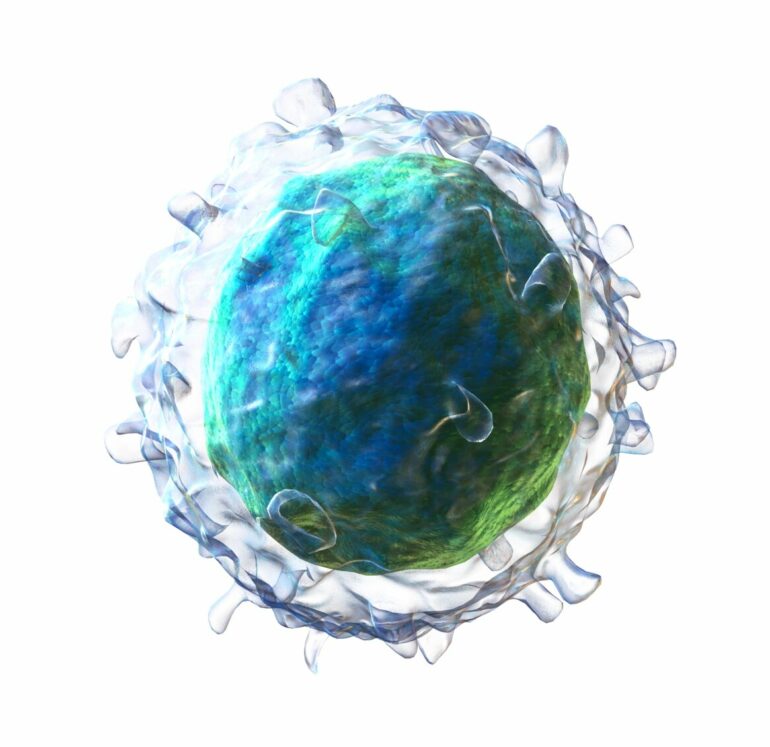 Until recently, B cells—present in the blood stream—were mainly thought to produce antibodies and present antigens to help with the immune response to pathogens. A research team at the Vaccine and Immunotherapy Center (VIC) at Massachusetts General Hospital (MGH) led by Ruxandra Sîrbulescu Ph.D., and Mark Poznansky, MD, Ph.D., is exploring the novel protective roles that B cells may play in the context of injury. The group previously observed that mature B cells purified from the blood or spleen can greatly accelerate wound healing in the skin and even protect the brain after injury in mice.

In a follow-up study published in the FASEB Journal, published by Federation of American Societies for Experimental Biology, the collaborative team elucidated a novel mechanism that they term pligodraxis (from the Greek pligí meaning wound, and drási meaning action), by which a subset of B cells introduced into a site of tissue injury undergo specific changes in response to the injured environment. Within one to two days after introduction into an injured site, these therapeutic B cells release a complex mix of specific pro- and anti-inflammatory molecules, which can in turn affect molecular processes in the surrounding cells, and ultimately facilitate healing.

“This is one example of many in biological research where it is beneficial to keep an open mind about what certain cell types can do or not,” says Sîrbulescu, lead author of the study and investigator at VIC. ” Had we not looked at B cells in this unconventional context we would have missed their ability to respond in such a complex way and interact with many different cell types in their environment to faciliate healing.”

Perhaps most surprisingly, these changes in B cell function occur via signaling molecules and pathways that are usually critically involved in responses to infection, indicating a useful repurposing of the existing tools in the cells’ repertoire in the context of sterile injury. The result is a reduction in the expression of inflammation-associated proteins, as well as an increase in factors associated with proliferation, remodeling and protection from oxidative stress. These findings provide a first mechanistic understanding of the complex ways in which B cells can modulate local microenvironments to support tissue repair following injury.

“These results are very exciting from the perspective of our translational medical research center, which sets as its core mission to accelerate the process by which discoveries are translated into new immunotherapies to address human disease in the clinic,” says Poznansky, director of the VIC at MGH and professor of Medicine at Harvard Medical School. “This particular discovery opens the way towards B cell immunotherapy for a diverse range of injury settings, from diabetic foot ulcers to traumatic brain injury.”

Provided by
Federation of American Societies for Experimental Biology