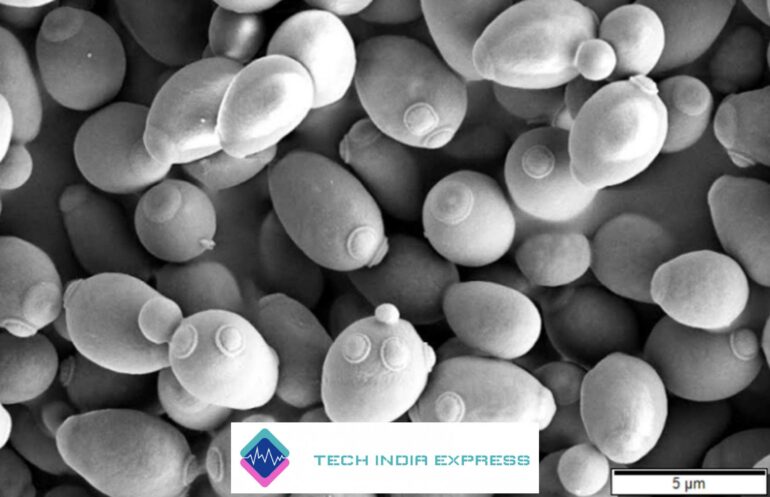 Microorganisms that efficiently convert plant biomass into renewable biofuels and biochemicals play a major role in the sustainable society of the future. However, the efficiency of these microbial cell factories is inhibited by several compounds that are released as biomass is degraded into sugars, which the cell factories then convert. How can these bioprocesses be improved? Researchers in industrial biotechnology at Chalmers University are now one step closer to a solution and have published their results in Biotechnology Advances.

Baker’s yeast, Saccharomyces cerevisiae, is used to ferment lignocellulose from plant biomass to produce sustainable biofuels and biochemicals. But the cells’ performance is inhibited by various compounds, such as furans, acids, and phenols, which are released during the pre-treatment of the biomass. This challenges the use of bioprocesses a cost-effective alternative to conventional production.

Efficient fermentation of lignocellulose could have great societal impact, and a great amount of research has already been conducted within the field. There are many studies in which researchers have genetically modified different yeast strains to increase the cell factories’ tolerance to different inhibitors—with the aim to increase cell productivity.

Yvonne Nygård, Associate Professor of industrial biotechnology, and her colleagues at Chalmers have made a compiled analysis of the information from previous research for further development of efficient yeast.

“When developing new cell factories, we want to make use of all the accumulated knowledge. More specifically, our goal was to use the new CRISPR/Cas9-technology to combine and fine-tune genetic engineering previously shown to be favorable for the fermentation of lignocellulose,” says Yvonne Nygård.

There is an enormous amount of previous research data, and the researchers’ database grew as they dug deeper.

“At the same time, it was harder for us to choose from all the data. In addition, we noticed that the various experiments were very different, which made it difficult to compare the data and draw conclusions. We did the systematic analysis to help our own research. It didn’t take long before we came up with the idea of sharing the database and analysis with others, and we decided to summarize our results in a review,” she says.

Data from 7,971 previous experiments was collected and analyzed

The researchers collected data from 7,971 previous experiments within 103 studies in which researchers had modified the tolerance of different strains of baker’s yeast to the most common inhibitors in the pre-treated lignocellulose (so-called lignocellulose hydrolysate): acetic acid, formic acid, furans, and phenolic compounds. The mutants included in the assay had shown increased or decreased tolerance to individual inhibitors or combinations of inhibitors.

The effects of the inhibitors on the cells varies from—for example—reduced growth rate, cell survival and vitality to product yield. The inhibitory effect is due to the presence of individual inhibitors and is affected by environmental factors, including pH, temperature, and the availability of nutrients.

“Our analysis showed that the results very often were characterized by the strain and cultivation conditions. Although so much work has been done already, relatively few genetic modifications have been used in different strain backgrounds or for the conversion of different types of biomasses,” says Yvonne Nygård.

Development of new cell factories can be accelerated

The work towards a new cell factory can, for example, be accelerated by applying the genetic modifications that show advantage in several different strains or modifications for tolerance to different inhibitors. In addition, the study describes the biology behind the various genetic modifications, which in several studies have been shown to lead to better strains. Thus, it contributes to increasing knowledge about the requirements for the development of more robust cell factories.