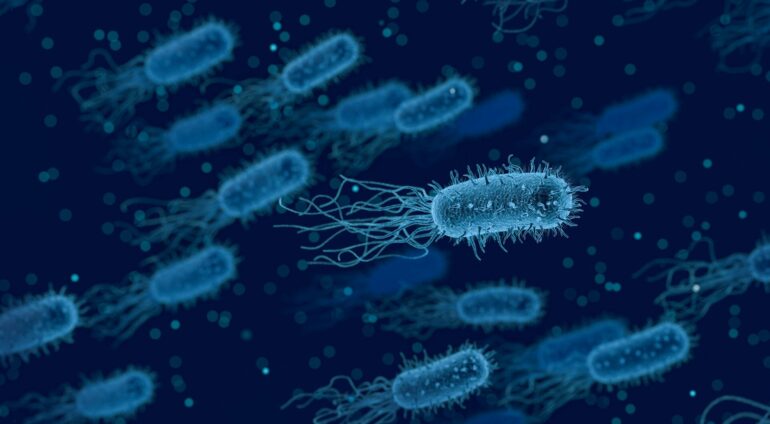 The research, led by the University of Bristol and published today in Nature, makes important progress in deploying synthetic cells, known as protocells, to more accurately represent the complex compositions, structure, and function of living cells.

Professor Stephen Mann from the University of Bristol’s School of Chemistry, and the Max Planck Bristol Centre for Minimal Biology together with colleagues Drs Can Xu, Nicolas Martin (currently at the University of Bordeaux) and Mei Li in the Bristol Centre for Protolife Research have demonstrated an approach to the construction of highly complex protocells using viscous micro-droplets filled with living bacteria as a microscopic building site.

In the first step, the team exposed the empty droplets to two types of bacteria. One population spontaneously was captured within the droplets while the other was trapped at the droplet surface.

Then, both types of bacteria were destroyed so that the released cellular components remained trapped inside or on the surface of the droplets to produce membrane-coated bacteriogenic protocells containing thousands of biological molecules, parts and bits of machinery.

The researchers discovered that the protocells were able to produce energy-rich molecules (ATP) via glycolysis and synthesize RNA and proteins by in vitro gene expression, indicating that the inherited bacterial components remained active in the synthetic cells.

Further testing the capacity of this technique, the team employed a series of chemical steps to remodel the bacteriogenic protocells structurally and morphologically. The released bacterial DNA was condensed into a single nucleus-like structure, and the droplet interior infiltrated with a cytoskeletal-like network of protein filaments and membrane-bounded water vacuoles.

As a step towards the construction of a synthetic/living cell entity, the researchers implanted living bacteria into the protocells to generate self-sustainable ATP production and long-term energization for glycolysis, gene expression and cytoskeletal assembly. Curiously, the protoliving constructs adopted an amoeba-like external morphology due to on-site bacterial metabolism and growth to produce a cellular bionic system with integrated life-like properties.

First author Dr. Can Xu, Research Associate at the University of Bristol, added that their “living-material assembly approach provides an opportunity for the bottom-up construction of symbiotic living/synthetic cell constructs. For example, using engineered bacteria it should be possible to fabricate complex modules for development in diagnostic and therapeutic areas of synthetic biology as well as in biomanufacturing and biotechnology in general.”