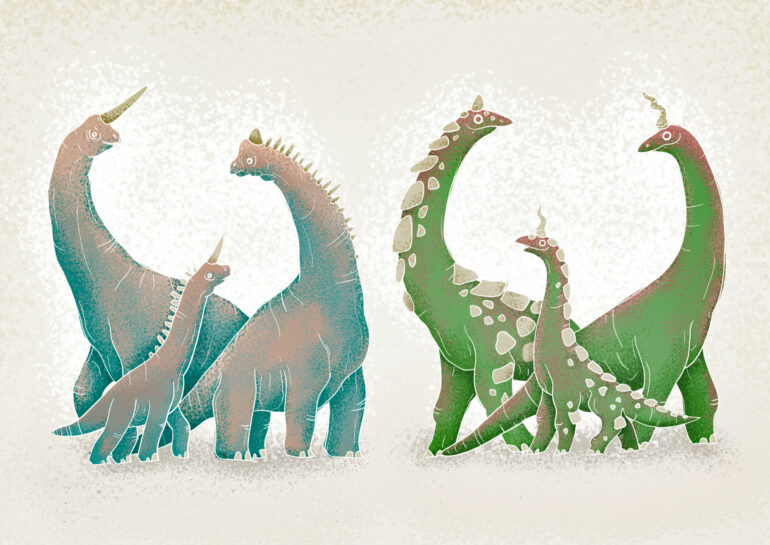 Many estimates of how strongly traits and diseases share genetic signals may be inflated, according to a new UCLA-led study that indicates current methods for assessing genetic relationships between traits fail to account for mating patterns.

Through the use of powerful genome sequencing technology, scientists in recent years have sought to understand the genetic associations between traits and disease risk, hoping that discoveries of shared genetics could point to clues for tackling diseases. However, UCLA researchers said their new study, published Nov. 17 in Science, provides caution against relying too heavily on genetic correlation estimates. They say that such estimates are confounded by non-biological factors more than has been previously appreciated.

Genetic correlation estimates typically assume that mating is random. But in the real world, partners tend to pair up because of many shared interests and social structures. As a result, some genetic correlations in previous work that have been attributed to shared biology may instead represent incorrect statistical assumptions. For example, previous estimates of genetic overlap between body mass index (BMI) and educational attainment are likely to reflect this type of population structure, induced by “cross-trait assortative mating,” or how individuals of one trait tend to partner with individuals of another trait.

The study authors said genetic correlation estimates deserve more scrutiny, since these estimates been used to predict disease risk, glean for clues for potential therapies, inform diagnostic practices, and shape arguments about human behavior and societal issues. The authors said some in the scientific community have placed too much emphasis on genetic correlation estimates based on the idea that studying genes, because they are unalterable, can overcome confounding factors.

“If you just look at two traits that are elevated in a group of people, you can’t conclude that they’re there for the same reason,” said lead author Richard Border, a postdoctoral researcher in statistical genetics at UCLA. “But there’s been a kind of assumption that if you can track this back to genes, then you would have the causal story.”

The researchers also examined genetic correlation estimates of psychiatric disorders, which have sparked debate in the psychiatric community because they appear to show genetic relationships among disorders that seemingly have little similarity, such as attention-deficit hyperactivity disorder and schizophrenia. The researchers found that genetic correlations for a number of unrelated traits could be plausibly attributed to cross-trait assortative mating and imperfect diagnostic practices. On the other hand, their analysis found stronger links for some pairs of traits, like anxiety disorders and major depression, suggesting that there truly is at least some shared biology.

“But even when there is a real signal there, we’re still suggesting that we’re overestimating the extent of that sharing,” Border said.

After more than 20 years, scientists have solved the full-length structure of a Janus kinase