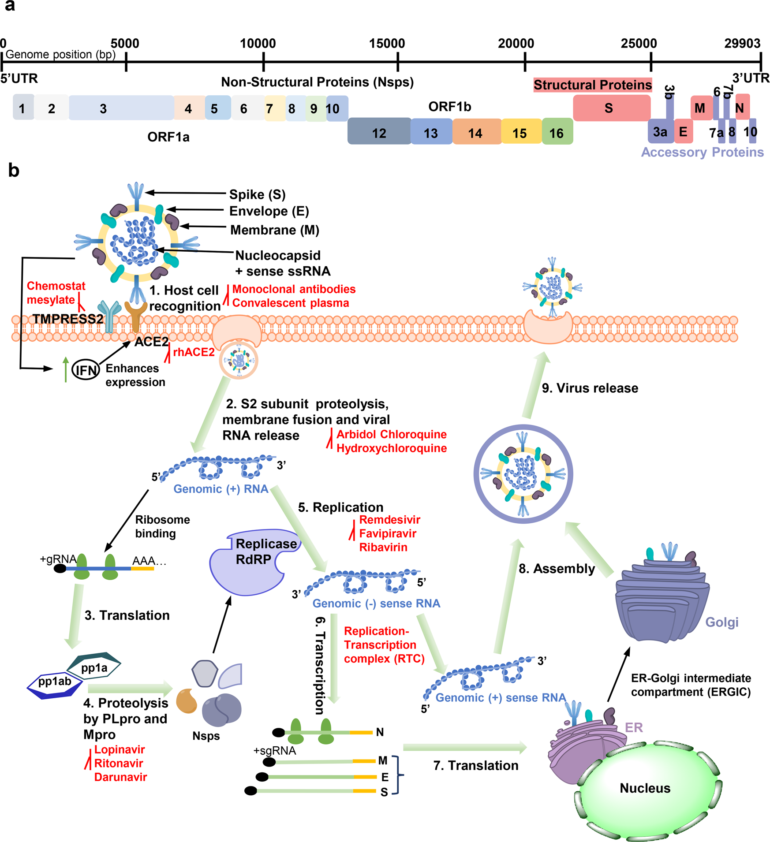 Researchers at the Francis Crick Institute have found one way SARS-CoV-2 manipulates the environment within human cells to prevent them raising a full antiviral response.

While vaccines and treatments for COVID-19 have helped protect millions from severe infection, the disease still infects and kills many people around the world and there are still some gaps in our knowledge about how virus infects and replicates inside cells and evades the body’s defenses.

In their study, published in PLOS Pathogens on Wednesday, August 25, the scientists studied a group of SARS-CoV-2 proteins, called accessory proteins. Little is currently understood about the role these proteins play in COVID-19.

“Lots of viruses have accessory proteins, which do not form part of the virus particle but help them to replicate, by playing other roles in the course of infection. Our lab usually studies these kinds of proteins in the context of HIV, but because of the pandemic, we refocused some of our work to also investigate the accessory proteins in SARS-CoV-2,” says Kate Bishop, lead author and group leader of the Retroviral Replication Laboratory at the Crick.

By studying cells expressing the individual accessory proteins as well as cells infected with SARS-CoV-2, the researchers found that one of these accessory proteins, ORF6, blocks the movement of mRNA from the cell’s nucleus into its cytoplasm.

This movement of mRNA is vital to the healthy functioning of the cell as it passes the templates the cell needs to build proteins to the machinery that builds them.

The team further studied which kinds of mRNA were affected and found it included particular mRNAs that contain the instructions to build certain antiviral proteins which help fight the virus.

“We’ve uncovered an example of how SARS-CoV-2 shuts down the machinery of the cell, suppressing its ability to detect infection and protect itself against the virus. This benefits the virus as it allows it to replicate in the cell’s cytoplasm without having to face the full antiviral response of the cell,” adds Kate.

As ORF6 plays an important role in weakening a cell’s defenses, it could be a potential target for new treatments.

Provided by
The Francis Crick Institute