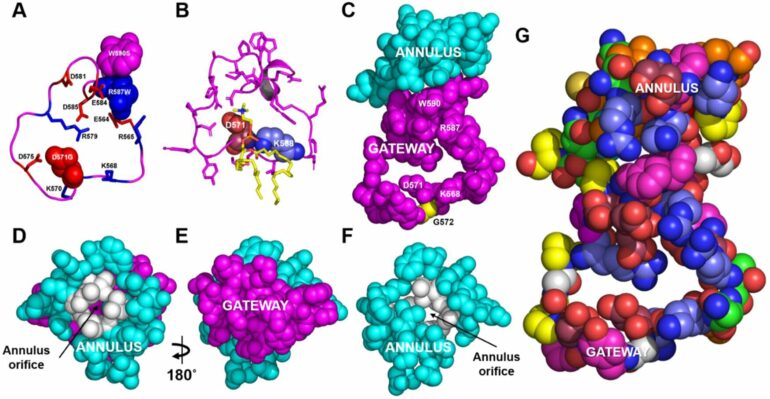 A new model suggests that a protein involved in the generation of high-density lipoprotein (HDL) works differently than previously thought.

HDL is known as the “good cholesterol” because it moves fat and cholesterol away from artery walls and may help prevent or reduce atherosclerosis and coronary heart disease.

Jere Segrest, MD, Ph.D., professor of Medicine in the Division of Cardiovascular Medicine, and colleagues used computer simulation and cell culture studies to explore how the protein ABCA1 transports fatty molecules from the cell’s plasma membrane to HDL. The researchers reported in the journal Nature Communications that ABCA1 extracts phospholipids from the outer surface of the plasma membrane, rather than the inner surface as previously thought.

“Our model of ABCA1 as an extracellular lipid transporter suggests a unique transport mechanism that differs substantially from mechanisms described for other members of this transporter family,” Segrest said. “This surprising finding highlights the remarkable diversity in substrate transport within the ABCA transporter superfamily.

“These insights into the mechanism of ABCA1 transport are important because they point towards potential pathways for promoting ABCA1-dependent phospholipid and cholesterol efflux from cholesteryl ester-laden macrophages, which play key roles in all stages of atherosclerotic lesion development,” Segrest added.

Hyun Song, Ph.D., research assistant professor of Medicine, used coarse-grained and steered molecular dynamic simulations to show that a “gateway” domain of ABCA1 removes phospholipids from the outer side of the membrane and passes them through a ring-shaped “annulus” domain into a fatty-lined (hydrophobic) tunnel.

Collaborators Chongren Tang, Ph.D., and Jay Heinecke, MD, at the University of Washington, Seattle, engineered mutations in the gateway and annulus domains of the ABCA1 transporter and found that the mutations strongly inhibited lipid export by ABCA1 without affecting transporter cell-surface expression.