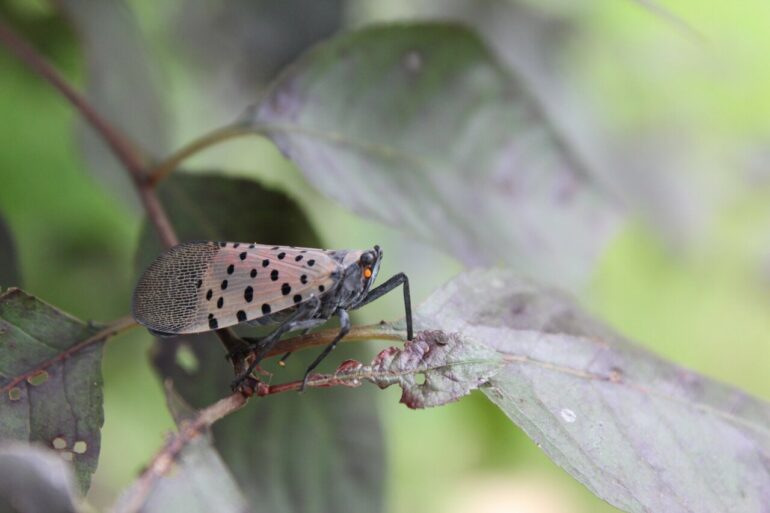 Spotted lanternflies communicate through their smelly excretions—called honeydew, reports a new study in Frontiers in Insect Science. This invasive species has been impacting crops in the northeastern US, but little is known about how these insects locate each other for reproduction or feeding. According to this latest research, the insects’ honeydew emits several airborne chemicals that attract other lanternflies. Surprisingly, these effects are sex-specific, which may be the first known case of such signals in insects known as planthoppers.

“This research is important because the first step to managing any pest is to understand their biology and behavior,” said Dr. Miriam Cooperband of the United States Department of Agriculture Animal and Plant Health Inspection Service, Plant Protection and Quarantine Division (USDA APHIS PPQ) in the US. “As we learn more about the behavior of the spotted lanternfly, we hope to find a vulnerability that we can use to develop pest management tools to reduce its population and spread.”

Although these insects are known to leave their excretions throughout the understory, they have the peculiar habit of coming together in huge numbers on only select tree trunks. Other tree trunks are mysteriously left untouched. These multitudes of lanternflies can secrete so much honeydew that the surface of the tree becomes white and frothy, as well as emitting a smell of fermentation.

To study the signals sent by these excretions, Cooperband and her collaborators collected honeydew samples separately from male and female lanternflies in the field, to test in the lab. The researchers then gave lanternflies a choice between areas with or without the different types of honeydew to see what attracted them.

Surprisingly, males were strongly attracted to male honeydew, while both males and females were only slightly attracted to female honeydew. Although it’s still unclear what would cause this behavior, this is consistent with observations of how these insects behave in the field.

These findings are just the beginning for better understanding how to potentially control this invasive pest. There are many more questions, such as whether there are seasonal variations in this behavior, and whether there are interactions with microbes in the honeydew that produce the necessary chemicals.

“Spotted lanternfly behavior and communication is quite complex, and this is only the tip of the iceberg. In addition to our work studying chemical signals, such as those in honeydew, we are also interested in the role of substrate vibrations in their communication system,” said Cooperband. “Future research might focus on understanding how they locate each other when they gather and find mates using multiple types of signals.”

Citation:
Sugary poo could be used to lure destructive plant pests to their doom (2022, September 27)