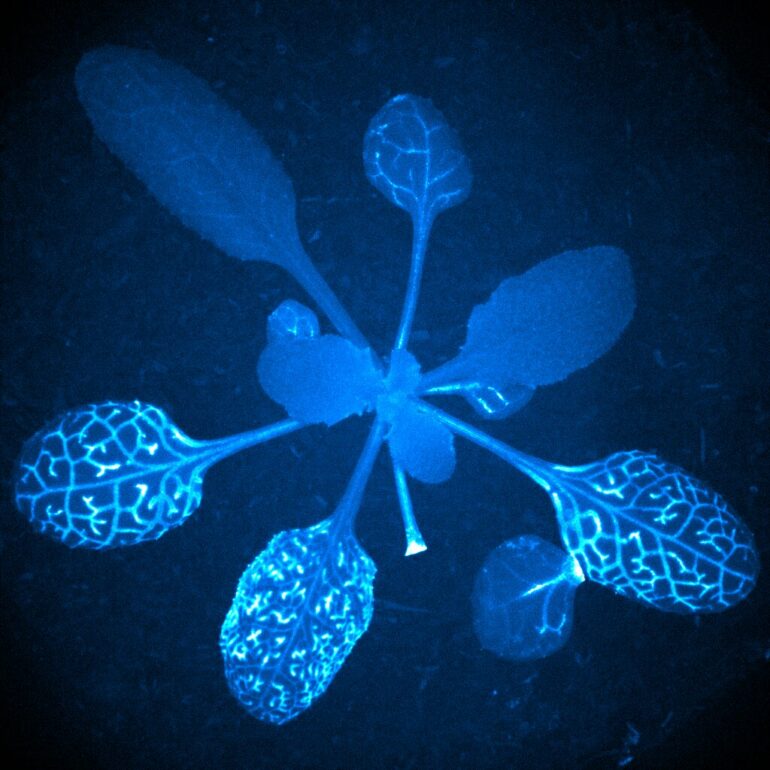 Longstanding theories of how plants rely on calcium waves to respond systemically to wounding and other stresses have been given fresh perspective.

John Innes Center researchers have shown that calcium waves are not a primary response, but rather they are a secondary response to a wave of amino acids released from the wound.

These findings challenge established thinking on long-distance plant signaling molecules and the mechanisms by which information travels from the point of stress through living and non-living plant tissues.

It has been observed for many years that wounding, and other trauma, initiates calcium waves that travel both short distances from cell to cell, and longer distances from leaf to leaf.

These calcium waves are reminiscent of signaling seen in the nerves in mammals, but since plants do not have nerve cells, the mechanism by which this happens has been in question.

The new findings, which appear in Science Advances, suggest that when a cell is wounded, it releases a wave of glutamate, an amino acid. As this wave travels through plant tissues, it activates calcium channels in the membranes of the cells it passes. This activation appears like a calcium wave but is a passive response, or “readout” of the moving glutamate signal.

Previous hypotheses to explain how calcium waves pass through plant cells involved active mechanisms to propagate the calcium signal. These hypotheses relied on the signal propagating along the cell membrane, or via a pressure wave in the xylem, but there was no explanation for how the response passed from one cell to the next.

Dr. Christine Faulkner, group leader at the John Innes Center said, “Every time active propagation models were presented, I would question how this wave traveled from cell to cell. It appeared to me that there was a hole in the theory, and this research uncovers a new mechanism that shows that the calcium wave isn’t what it seems.”

Dr. Faulkner’s group specializes in the study of plasmodesmata, the channels or bridges that connect cells and the team speculated that a wound signal would travel from cell to cell through plasmodesmata. However, using quantitative imaging techniques, data modeling and genetics they found that the mobile signal is a glutamate wave that travels outside of cells, along the cell walls.

“The glutamate and calcium waves are connected—glutamate triggers the calcium response. You could imagine it with an analogy of a corridor. The glutamate rushes down the corridor and as it passes a door it kicks it open. The calcium response is the door opening. Up to now the assumption has been that what moved down the corridor was hydraulic pressure or a series of propagating chemical reactions, but our study shows that this is not the case,” said Dr. Faulkner.

First author of the study Dr. Analisa Bellandi said, “We’ve shown that calcium waves are synchronous with glutamate waves, and their dynamics match transmission by diffusion and flow. This research makes us rethink what we know. I am hoping that our research will inspire debate and allow people to take a fresh perspective on data which has been in the field for a long time.”

How squid and octopus get their big brains


Citation:
The science of how plants register trauma includes a precursor to the calcium wave (2022, October 21)