An entangled matter-wave interferometer. Now with double the spookiness 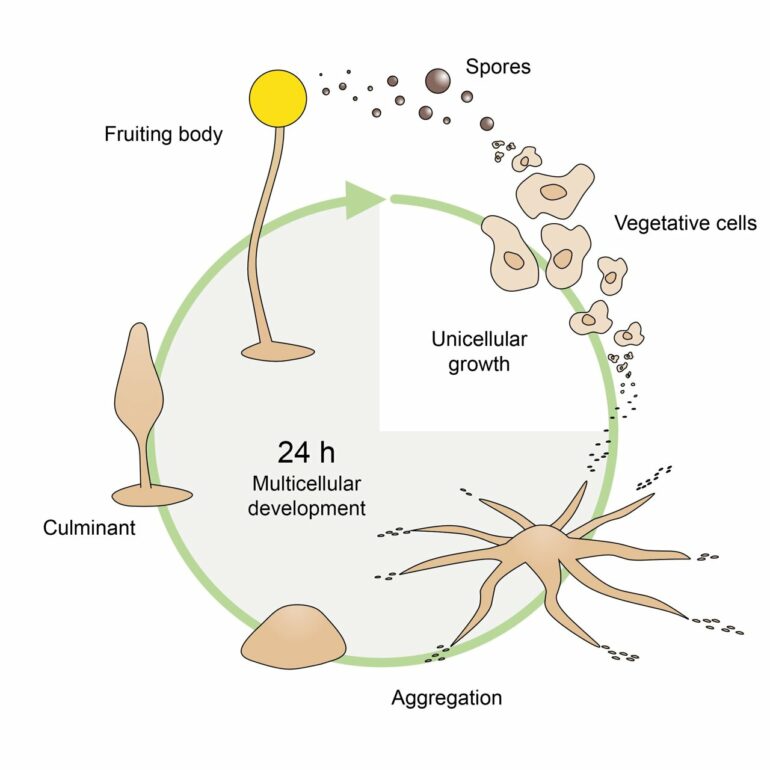 JILA and NIST Fellow James K. Thompson’s team of researchers have for the first time successfully combined two of the “spookiest” features of quantum mechanics to make a better quantum sensor: entanglement between atoms and delocalization of atoms.

Einstein originally referred to entanglement as creating spooky action at a distance—the strange effect of quantum mechanics in which what happens to one atom somehow influences another atom somewhere else. Entanglement is at the heart of hoped-for quantum computers, quantum simulators and quantum sensors.

A second rather spooky aspect of quantum mechanics is delocalization, the fact that a single atom can be in more than one place at the same time. As described in their paper recently published in Nature, the Thompson group has combined the spookiness of both entanglement and delocalization to realize a matter-wave interferometer that can sense accelerations with a precision that surpasses the standard quantum limit (a limit on the accuracy of an experimental measurement at a quantum level) for the first time.

To entangle two objects, one must typically bring them very, very close to each other so they can interact. The Thompson group has learned how to entangle thousands to millions of atoms even when they are millimeters or more apart. They do this by using light bouncing between mirrors, called an optical cavity, to allow information to jump between the atoms and knit them into an entangled state. Using this unique light-based approach, they have created and observed some of the most highly entangled states ever generated in any system be it atomic, photonic, or solid state.

The group designed two distinct experimental approaches, both of which they utilized in their recent work. In the first approach, called a quantum nondemolition measurement, they make a premeasurement of the quantum noise associated with their atoms and simply subtract the quantum noise from their final measurement.

In a second approach, light injected into the cavity causes the atoms to undergo one-axis twisting, a process in which the quantum noise of each atom becomes correlated with the quantum noise of all the other atoms so that they can conspire together to become quieter. “The atoms are kind of like kids shushing each other to be quiet so they can hear about the party the teacher has promised them, but here it’s the entanglement that does the shushing,” says Thompson.

One of the most precise and accurate quantum sensors today is the matter-wave interferometer. The idea is that one uses pulses of light to cause atoms to simultaneously move and not move by having both absorbed and not absorbed laser light. This causes the atoms over time to simultaneously be in two different places at once.

As graduate student Chengyi Luo explains, “We shine laser beams on the atoms so we actually split each atom’s quantum wave packet in two, in other words, the particle actually exists in two separate spaces at the same time.” Later pulses of laser light then reverse the process bringing the quantum wave packets back together so that any changes in the environment such as accelerations or rotations can be sensed by a measurable amount of interference happening to the two parts of the atomic wave packet, much like is done with light fields in normal interferometers, but here with de’Broglie waves, or waves made of matter.

The team of JILA graduate students figured out how to make all of this work inside of an optical cavity with highly-reflective mirrors. They could measure how far the atoms fell along the vertically-oriented cavity due to gravity in a quantum version of Galileo’s gravity experiment dropping items from the Leaning Tower of Pisa, but with all the benefits of precision and accuracy that comes along from quantum mechanics.

By learning how to operate a matter-wave interferometer inside of an optical cavity, the team of graduate students lead by Chengyi Luo and Graham Greve were then able to take advantage of the light-matter interactions to create entanglement between the different atoms to make a quieter and more precise measurement of the acceleration due to gravity. This is the first time that anyone has been able to observe a matter-wave interferometer with a precision that surpasses the standard quantum limit on precision set by the quantum noise of unentangled atoms.

Thanks to the enhanced precision, researchers like Luo and Thompson see many future benefits for utilizing entanglement as a resource in quantum sensors. Thompson says, “I think that one day we will be able to introduce entanglement into matter-wave interferometers for detecting gravitational waves in space, or for dark matter searches—things that probe fundamental physics, as well as devices that can be used for every day applications such as navigation or geodesy.”

With this momentous experimental advance, Thompson and his team hope that others will use this new entangled interferometer approach to lead to other advances in the field of physics. With optimism, Thompson says, “By learning to harness and control all of the spookiness we already know about, maybe we can discover new spooky things about the universe that we haven’t even thought of yet.”