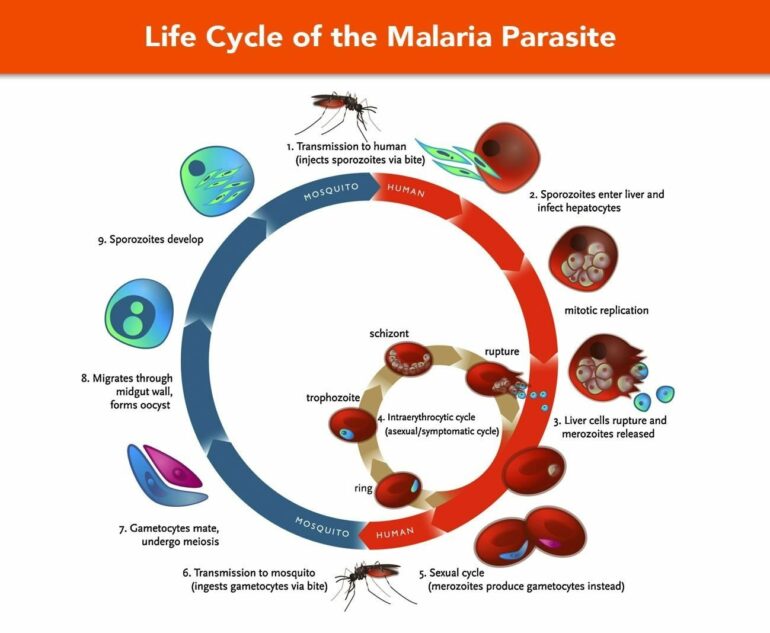 A new method to combat malaria, which sees the disease turn against itself, could offer an effective treatment for the hundreds of millions of people infected globally each year as the efficacy of current antimalarial drugs weakens.

The University of Melbourne-led research published today in Science has identified an anti-malarial compound, ML901, which inhibits the malaria parasite but does not harm mammalian—human or other mammals’—cells.

Co-lead author Professor Leann Tilley, from the Bio21 Institute at the University of Melbourne, said the ML901 compound effectively made the parasite the agent of its own demise, underpinning it potency and selectivity.

“Imagine a stealth weapon that can be used to launch a self-destruct attack on your vehicle—slamming on the brakes and cutting the engine. ML901 finds a particular chink in the machinery that the malaria parasite uses to generate the proteins needed to reproduce itself and stops it doing so.

“While there is much work to be done to fine-tune what we’ve discovered, these results are really encouraging in the search for new antimalarials.”

In the collaboration with Takeda Pharmaceuticals, Medicines for Malaria Medicine—the peak international body for antimalarial drug development—and research labs across five continents, tests were conducted using molecules provided by Takeda, during which the ML901 compound was identified.

Once ML901 entered the parasite, it attached itself to an amino acid and attacked the protein synthesis machinery from the inside, rapidly grinding the parasite to a halt. The molecular structure of human cells means they are not susceptible to attack by ML901.

In tests using both human blood cultures and an animal model of malaria, the team found ML901 killed malaria parasites that had resistance to currently used drugs and showed rapid and prolonged action resulting in excellent parasite killing.

Professor Tilley said the compound showed it was active against all stages of the lifecycle, meaning it could be used to prevent malaria infections as well as to treat the disease.

“It also shows potential for preventing infected people from transmitting the disease to others, which is critical to stop the spread of malaria.”

Every year, at least 200 million new malaria infections are diagnosed worldwide, causing more than 600,000 deaths in Africa and Southeast Asia. Over the past 50 years, ever increasing levels of resistance to antimalarials has led to an impending crisis, with breakthrough drugs desperately needed.

A new technique for observing gene activity in a test tube

Professor Tilley said based on these findings the team was ready to pursue the development of new antimalarial drug candidates.

“We believe this is just the beginning. We now have the possibility of finding drugs, similar to ML901, that target a range of deadly infectious diseases, including multi-drug resistant bacterial infections. The work opens up several new drug discovery avenues,” she added.