Which forces control the elevation of mountains? 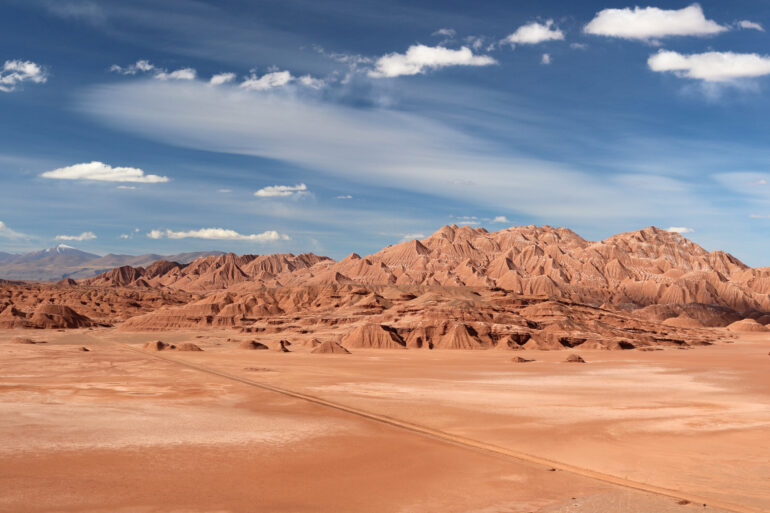 Scientists have come up with a new classification scheme for mountain belts that uses just a single number to describe whether the elevation of the mountain belt is controlled mainly by weathering and erosion or by properties of the Earth’s crust, i.e., the lithospheric strength: the “Beaumont number” (Bm). It’s named after Chris Beaumont, a scientist who, together with his team, developed coupled models of surface processes and tectonic forces. The scientists report about their findings in the current issue of Nature.

A Beaumont number between 0.4 and 0.5 means that the mountains are in a so-called flux steady state in which the controlling factors of mountain growth are tectonic forces and the lithospheric strength, balanced by weathering processes as, for example, in Taiwan. With a Bm value lower than 0.4, mountains are also in a flux steady state but with erosion as controlling factor like the Southern Alps of New Zealand.  A Beaumont number above 0.5 means that the mountains still grow (non-steady state) with lithospheric strength controlling the process. Examples for this type are the Himalaya-Tibet mountains and the Central Andes.

This classification is resolving a long-standing question whether tectonic forces and strength of the Earth’s crust are the controlling factors of mountain elevation or whether weathering processes are in control. The new study says it can be one or the other—depending on geographic location, climate and underground properties.

The team of scientists led by Sebastian G. Wolf of Bergen University in Norway used a new coupled surface process and mantle-scale tectonic model for their study by combining the thermomechanical tectonic model FANTOM with the landscape evolution model FastScape. Thus, they were able to reconcile high erosion rates in some active orogens with long-term survival of mountain belts for hundreds of millions of years.

Jean Braun of the GFZ German Research Centre for Geosciences, who co-authored the paper, says that “with our Beaumont number we can determine to which proportion tectonics, climate, and crustal strength control the height of mountain belts. And, for most mountain belts, this can be done without complex measurements or assumptions; all that is needed is a knowledge of the rate of convergence obtained from present-day plate velocities or plate reconstructions, the height of the mountain obtained from a topographic map and the widening rate obtained from the geological record. In a nutshell: Whether a mountain is short or tall is the product of slow or fast convergence, wet or dry climate, or strong or weak crust.” The Beaumont number shows which of these three factors is dominating.


Citation:
Which forces control the elevation of mountains? (2022, June 2)