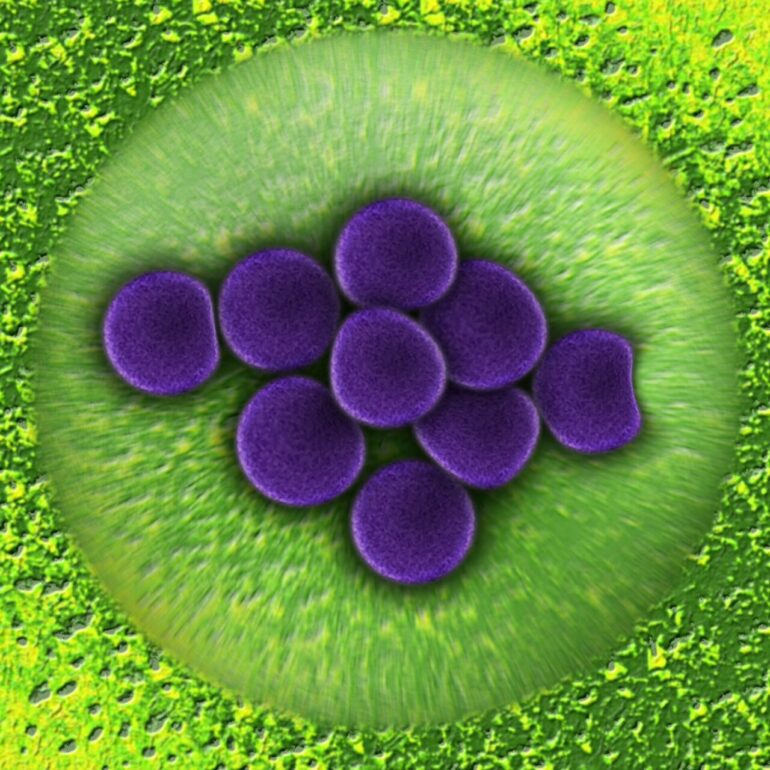 Antibiotic resistance is a problem that impacts tens of millions of people each year worldwide. According to the CDC, “more than 2.8 million antibiotic-resistant infections occur in the United States each year, and more than 35,000 people die as a result.” Drug-resistant infections are threatening advances in surgery, wound healing, cancer treatment, organ transplants and many other areas of modern medicine by decreasing our ability to control infections.

As the nation and world face this daunting challenge, newly published work from researchers at the University of Minnesota could significantly and positively impact how we fight bacterial infections that are resistant to more traditional antibiotics, particularly in immunocompromised populations. The research, recently published in PLOS ONE by co-authors Sven-Ulrik Gorr, a professor in the School of Dentistry, and Elizabeth Hirsch, an associate professor in the College of Pharmacy, examined an antibacterial peptide developed in the School of Dentistry and its potential impact on drug-resistant bacteria.

The peptide was inspired by the structure of the human salivary protein, BPIFA2. The new research focused on whether the peptide could kill common drug-resistant bacteria, bacterial biofilms and whether the bacteria would become resistant to the new peptide.

In order to do so, they tested both a “left-handed” (LGL13K) and “right-handed” (DGL13K) version of the peptide GL13K. These peptides were tested against gram-negative, drug-resistant bacteria in Hirsch’s lab.

While both versions of the peptide killed common gram-negative bacteria, that bacteria did not develop resistance to the DGL13K peptide. Though the LGL13K peptide resulted in drug resistance in the bacteria, that same resistance did not inhibit the DGL13K’s ability to tackle these bacteria.Based on these findings, the researchers concluded that peptides developed from salivary protein can be effective in combating bacteria, including drug-resistant, gram-negative bacteria that are hard to kill and harder to keep from defending themselves against antibiotics.

“We were able to show significant in vitro activity against multidrug-resistant bacteria tested in this project,” said Hirsch. “There are very few antibiotics on the market with activity against these organisms, specifically resistant Pseudomonas aeruginosa, Klebsiella pneumoniae and Acinetobacter baumannii. Exploring this peptide further in clinical development will be important for potential future treatment options.”

Moving forward, Gorr and Hirsch are exploring alternate uses for the drug, including how long drug resistance remains unattainable for these bacteria. The peptide is also being tested in models of wound infection in collaboration with the University’s Center for Translational Medicine and Experimental Surgical Services.

Whether bacteria learn to combat the DGL13K peptide’s antimicrobial properties over time, or whether the bacteria never catch up, this new discovery creates a pathway forward for combatting difficult-to-kill bacteria while also providing more time to learn why these drugs work well and how we can continue to combat bacteria and drug resistance.

“Without new antibiotics, we will see the end of modern medicine,” said Gorr.

Collaboration between the faculty of the School of Dentistry and the College of Pharmacy was essential to the success of the research.

“I provided the peptides and we found expertise in drug-resistant bacteria through pharmacy,” said Gorr. “Dr. Hirsch brought her knowledge and I brought mine—neither of us could have done this alone. That’s what the University is about.”