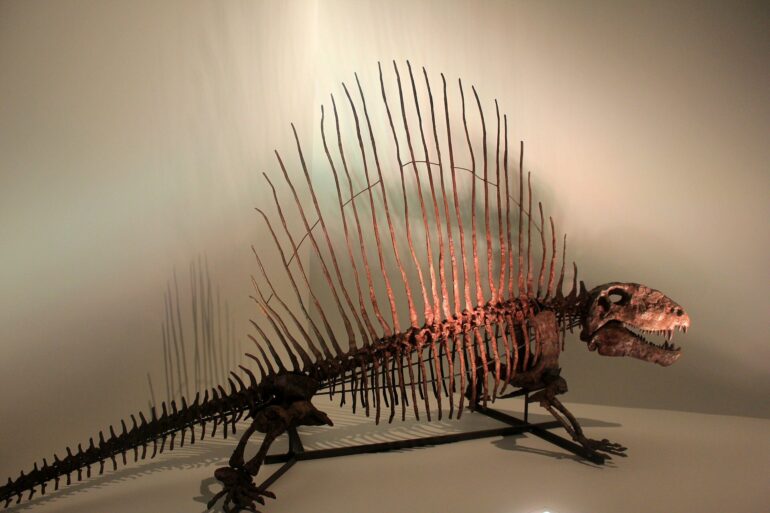 The evolutionary origin of endothermy (the ability to maintain a warm body and higher energy levels than reptiles), currently believed to have originated separately in birds and mammals, could have occurred nearly 300 million years ago.

Emeritus Professor Gordon Grigg said their hypothesis is that endothermy is ancient, with a shared origin in the common ancestry of mammals and birds. One of the reviewers said that is ‘a bold hypothesis’, but it is based on very good evidence. It implies a new frame of reference for thinking about the evolution of endothermy and could lead to a clearer understanding of how body temperature is regulated in humans and other mammals, and birds.

“Endothermy permits sustained aerobic work and a favorable body heat, and contrasts strongly with the low energy, lower and more variable temperature lifestyles of today’s reptiles. We assembled evidence from palaeontology showing that endothermy has been widespread in the two vertebrate lineages that diverged from the first land-dwelling animals very early on—one leading to the living birds, lizards, and crocodiles (the sauropsida) and the other lineage leading to monotremes, marsupials, and placental mammals (the synapsida).

“Our main hypothesis is that endothermy in mammals and birds has a common ancestry and is much older than has been accepted previously, evolving not long after the first amphibians came onto land,” he said.

“This is likely to be controversial, but we think, and hope, that it will spark some great conversations and it could lead to a change in our understanding of the ways body warmth is maintained.”

Professor Grigg and the team of six researchers from five countries were led to their study by an exciting hypothesis from biochemistry, all to do with how mammals generate body heat (called thermogenesis) when responding to cold.

“Unsurprisingly, this process is called ‘non-shivering thermogenesis’ (NST). But brown fat is lacking in marsupials, monotremes (platypus and echidnas) and in many placental mammals too. So where can their extra body heat be coming from?”

The hypothesis coming from biochemical research appears to answer that question. It suggests that the heat for a stable body temperature in those mammals comes directly from skeletal muscle, employing a different biochemical mechanism from the one generating the heat from brown fat.

“Also of great interest to us was the fact that heat production in birds is thought to be driven by a very similar process—that made us wonder, could endothermy in birds and mammals have had a common origin, rather than evolving independently? And so our central hypothesis was born.”

The researchers realized that if the capacity for endothermy really had evolved so far back in deep time, they might discover evidence of endothermy in fossils of the very earliest ancestors of modern and birds and mammals. And so began a comprehensive survey of the palaeontological literature.

“With only bones to go on, plus reconstructions based on those bones suggesting what size and shape their owners may have had in life, there would seem to be little evidence of their thermoregulatory biology,” Professor Grigg said.

“However, the microscopic structure of the bones can indicate a rapid and sustained growth rate, and certain bone types are more common in endotherms.

“Finally, radioisotopic analysis can sometimes provide information about the body temperature at which bones or teeth were formed.”

During months of review the research found evidence for endothermy very early ancestors of the sauropsid and synapsid lineages; Pareiasaurs, large reptile-like herbivores shielded by a bony external armor, and in several groups of Pelycosaurs, mammal-like reptiles.

“These early signs of endothermy are consistent with our hypothesis that endothermy is very ancient and likely to be older than the divergence of the sauropod and synapsid lineages,” Professor Grigg said.

“What’s just as exciting is that we found multiple occurrences of endothermy throughout both lineages over time, indicating that it was widespread throughout both of the major evolutionary lineages and characteristic of them both.

“Our discovery also raises a question about whether the newly recognized and probably ancient source of supplementary body heat has been replaced by brown fat in placental mammals, or whether both the muscle NST and NST in brown fat operate together. And unraveling that should lead to a better understanding about human body temperature regulation.”

The research is published in Biological Reviews.