Wildfire poses greater threat to cannabis than other California crops 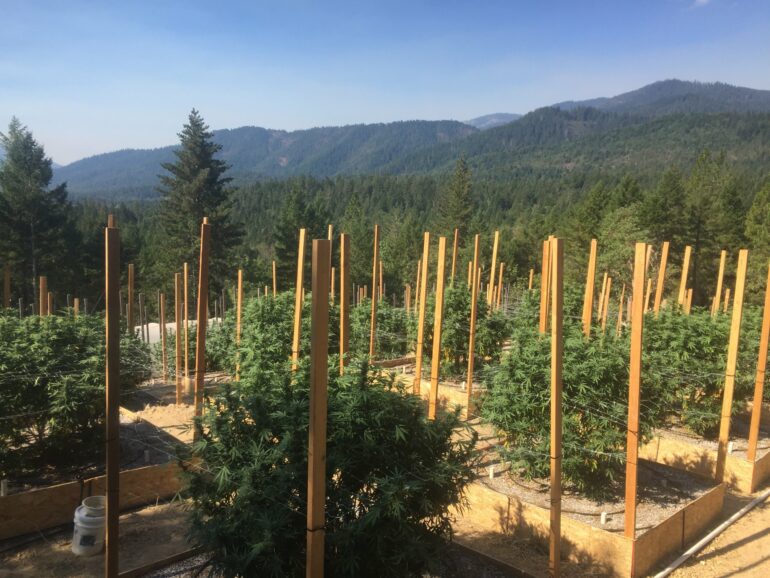 Wildfires are an increasing threat to people’s lives, property and livelihoods, especially in rural California communities. Cannabis, one of California’s newer and more lucrative commercial crops, may be at a higher risk of loss from wildfire because it is mostly confined to being grown in rural areas, according to new research by scientists in the Department of Environmental Science Policy and Management at UC Berkeley.

“Our findings affirm that cannabis agriculture is geographically more threatened by wildfire than any other agricultural crop in California,” said Christopher Dillis, lead author of the study and a postdoctoral researcher at UC Berkeley’s Cannabis Research Center. “This is an issue in almost all major cannabis-producing counties, not only those in Northern California.”

With licensing to grow commercially in the state only since 2018, the $3 billion cannabis industry is already one of California’s top five grossing agricultural commodities (though not included in the California Agricultural Production Statistics because USDA doesn’t recognize cannabis as an agricultural crop). In 2020, California tax revenues from legal cannabis sales amounted to over $780 million.

To assess the risk of cannabis crops being burned by wildfire, the researchers analyzed licensed cannabis farms in 11 cannabis-producing counties. Dillis and his colleagues overlaid CAL FIRE maps of fire hazard severity zones, historic wildfire perimeters and areas likely to experience increased fire activity in the future with the locations of cannabis farms and other crops in Humboldt, Lake, Mendocino, Monterey, Nevada, San Luis Obispo, Santa Barbara, Santa Cruz, Sonoma, Trinity and Yolo counties. Legal cannabis cultivation is still prohibited in most other parts of the state.

“This work only serves as a starting point for understanding how vulnerable cannabis farms may be to wildfire, as this analysis did not include indirect impacts, such as smoke and ash damage, which may be far-reaching,” Dillis said. “However, we can confidently say that the places where cannabis continues to be grown are at greater risk now, and likely in the future as well.”

For cannabis farms already established in high-risk areas, the authors recommend fire-safety programs to reduce the impacts of wildfire to crops and human health. They suggest traditional wildfire-risk reduction activities, such as managing vegetation and creating fire breaks, but also measures to prevent exposure of farmworkers and crops to wildfire smoke. In addition, they recommend the state pursue options for providing crop insurance to licensed cannabis farmers, which are available for most other agricultural crops through federal programs, but not cannabis.

“In light of the sector’s growing economic importance in the state, the vulnerability of cannabis to wildfire should be considered in future cannabis and rural development policies,” said co-author Ted Grantham, UC Cooperative Extension specialist and director of UC Berkeley’s Cannabis Research Center.

“The legal cannabis market in California is facing substantial headwinds from both market forces and a burdensome regulatory environment,” Grantham said. “This study shows that cannabis agriculture is uniquely exposed to wildfire impacts, which presents yet another challenge for licensed cultivators in the state.”

The Cannabis Research Center is currently conducting a statewide survey of licensed cannabis cultivators to better understand the impacts of wildfire on crops, infrastructure and farmworkers.

Duck-billed dinosaur may be one of many at Missouri site

The study, “The threat of wildfire is unique to cannabis among agricultural sectors in California,” is published in Ecosphere.