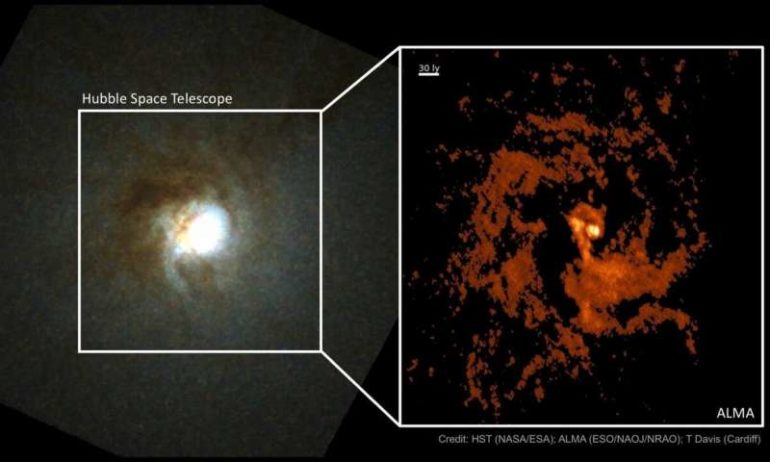 A research team led by Cardiff University scientists say they are closer to understanding how a supermassive black hole (SMBH) is born thanks to a new technique that has enabled them to zoom in on one of these enigmatic cosmic objects in unprecedented detail.

Scientists are unsure as to whether SMBHs were formed in the extreme conditions shortly after the big bang, in a process dubbed a ‘direct collapse’, or were grown much later from ‘seed’ black holes resulting from the death of massive stars.

If the former method were true, SMBHs would be born with extremely large masses—hundreds of thousands to millions of times more massive than our Sun—and would have a fixed minimum size.

If the latter were true then SMBHs would start out relatively small, around 100 times the mass of our Sun, and start to grow larger over time by feeding on the stars and gas clouds that live around them.

Astronomers have long been striving to find the lowest mass SMBHs, which are the missing links needed to decipher this problem.

In a study published today, the Cardiff-led team has pushed the boundaries, revealing one of the lowest-mass SMBHs ever observed at the centre of a nearby galaxy, weighing less than one million times the mass of our sun.

The SMBH lives in a galaxy that is familiarly known as “Mirach’s Ghost”, due to its close proximity to a very bright star called Mirach, giving it a ghostly shadow.

The findings were made using a new technique with the Atacama Large Millimeter/submillimeter Array (ALMA), a state-of-the-art telescope situated high on the…