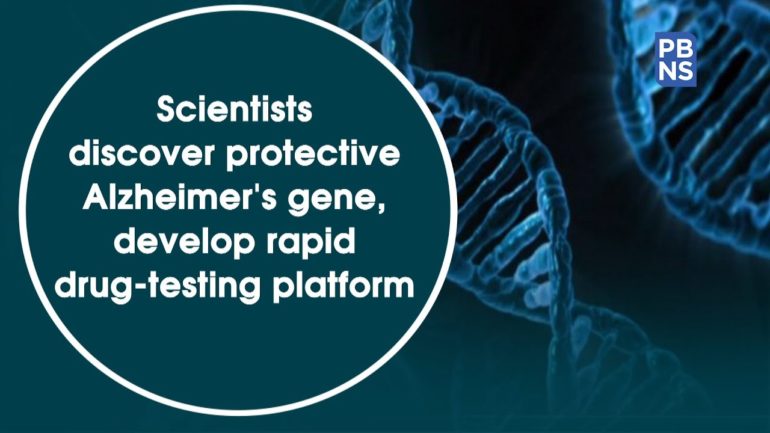 A gene has been discovered that can naturally suppress the signs of Alzheimer’s Disease in human brain cells, in research led by Queen Mary University of London. The scientists have also developed a new rapid drug-screening system for treatments that could potentially delay or prevent the disease.

The main challenge in testing Alzheimer’s drugs in clinical trials is that participants need to have symptoms. But once people have symptoms, it is usually too late for treatments to have a significant effect, as many brain cells have already died.

The only current way to test potential preventative treatments is by identifying participants who are at higher risk of developing Alzheimer’s and seeing if treatments prevent the onset of their disease. This includes people with Down’s syndrome (DS) who have around a 70 per cent chance of developing Alzheimer’s during their lifetime. This is because the extra chromosome 21 they carry includes the gene for amyloid precursor protein which causes early Alzheimer’s when overdosed or mutated.

In the study, published in the Nature group journal Molecular Psychiatry, the researchers collected hair cells from people with DS and reprogrammed them to become stem cells, which were then directed to turn into brain cells in a dish.

In these brain-like cells, the researchers saw Alzheimer’s-like pathology develop rapidly, including the hallmark trio of signs of Alzheimer’s progression—amyloid plaque-like lesions, progressive neuronal death and abnormal accumulations of a protein called…