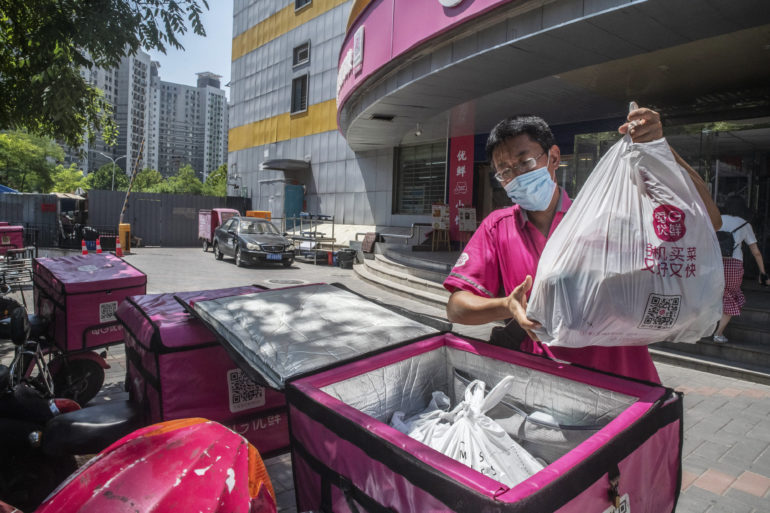 Investors are concerned about the cut-throat competition in the Chinese market around grocery deliveries and whether these companies will ever become profitable.

Missfresh, which is backed by Chinese technology giant Tencent, went public on Friday on the Nasdaq, pricing its American depositary shares (ADS) at $13 each and raising around $273 million. Since then, shares have fallen by a third and closed at $8.65 on Tuesday.

Meanwhile, rival Dingdong, which started trading on the New York Stock Exchange on Tuesday, closed roughly flat on its debut after pricing shares at $23.50 per ADS.

After Missfresh’s tough start, Dingdong actually reduced the size of its IPO from $357 million to $110 million, assuming the underwriters fully exercise their option to purchase additional shares.

Both these e-commerce players are trying to take advantage of growing trends in China — the shift to online shopping, demand for high-quality produce and the digitization of supply chains, among others.

However, Missfresh and Dingdong are coming up against some of China’s biggest giants including Alibaba and JD.com, and food delivery company Meituan. These firms have strong logistics and supply chains.

And competition is expensive.

Missfresh reported a net loss of 610.3 million yuan ($93.2 million) in the first quarter of 2021, much larger than the 194.7 million yuan net loss posted in the same period in 2020. The company has also never been cash flow positive.

The losses and continued operating costs have concerned analysts.

“Despite IPO financing, MF and DDL may run out of cash by the end of this year,” Xiang said. “The pace of cash burning is faster than unit economics improvement.”

In an interview with CNBC’s Eunice Yoon on Tuesday, Dingdong founder Liang Changlin, said the company raised $1.3 billion earlier this year, so the money raised from the IPO “isn’t that essential.”

“We have adequate cash flow and that is our situation,” Liang said.