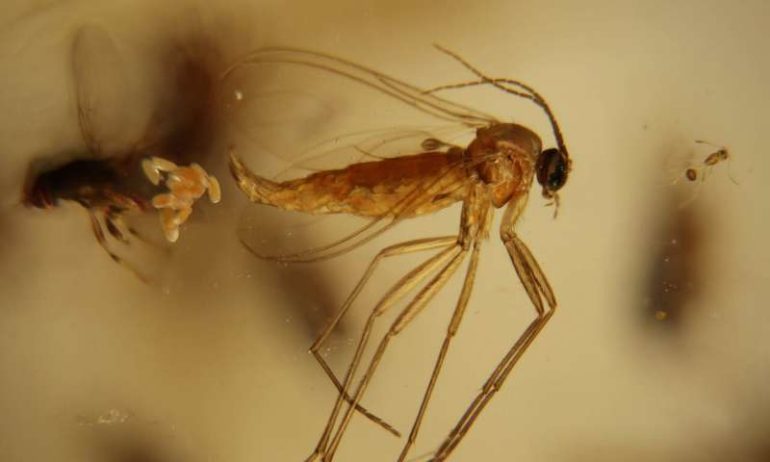 In a study published today in the Nature journal Scientific Reports, Senckenberg scientist Mónica Solórzano-Kraemer defines specific time periods for the terms amber, copal, and resin. Together with researchers from the Universitat de Barcelona, the Instituto Geológico y Minero de España, and the University of Kansas, she also advocates the introduction of the term “defaunation resin.” These fossilizations, formed after 1760, fall into a time period significantly impacted by humans. They often provide the only direct opportunity to trace environmental changes and species loss.

Around the world, species go extinct every day—and the losses are particularly high in tropical areas such as the lowland forests. “These very landscapes were, and are, home to a large number of resin-producing trees,” explains Mónica Solórzano-Kraemer of the Senckenberg Research Institute and Natural History Museum in Frankfurt, and she continues, “In these resins, we can find animals that have been preserved over several hundreds, or even thousands, of years, thus giving us insights into a bygone, often no longer existing fauna.”

‘Defaunation resin’ is the name given to these fossilizations by Solórzano-Kraemer and her Spanish and American colleagues Xavier Delclòs, Enrique Peñalver, and Michael Engel in their recently published study. Defaunation refers to the loss of species and populations of wild animals, analog to the term deforestation for the loss of forests. From now on, this name is intended to be used for all resins that were formed after the year 1760. “With this, we want to establish a clear differentiation from the terms ‘copal’ and ‘amber,’ while at the same time emphasizing the importance of the young resins, which were deposited during an age massively influenced by humans,” adds the researcher from Frankfurt.

The chosen time period is oriented on the—as yet informal—Anthropocene epoch, which started with the onset of the industrial revolution and is characterized by deforestation, loss of species diversity, and additional environmental changes caused by humans. “Apart from historical collections, these comparatively young resins often provide the only opportunity to examine bygone ecosystems and to quantify the loss of species,” adds Solórzano-Kraemer.

For the term ‘copal,’ the team suggests an age classification between 2.58 million years ago and the year 1760; from now on, the term ‘amber’ is only to be used for fossilizations that are older than 2.58 million years. “This clear demarcation is very important for us to ensure comparability. Over 120 new species have been described from East African and Malagasy ‘copals’ alone, and many others will follow—we therefore need a uniform and succinct terminology that can be allocated to a specific time period,” adds Solórzano-Kraemer in conclusion.

Madagascar copals turn out to be resin